The threat for severe thunderstorms, including tornadoes and large hail, moves into the lower Mississippi and Tennessee valleys on Sunday, just one day after deadly tornadoes raced across Iowa.

At least seven people were killed, and at least one tornado with EF-3 damage was reported outside Des Moines when the storm system moved through on Saturday. 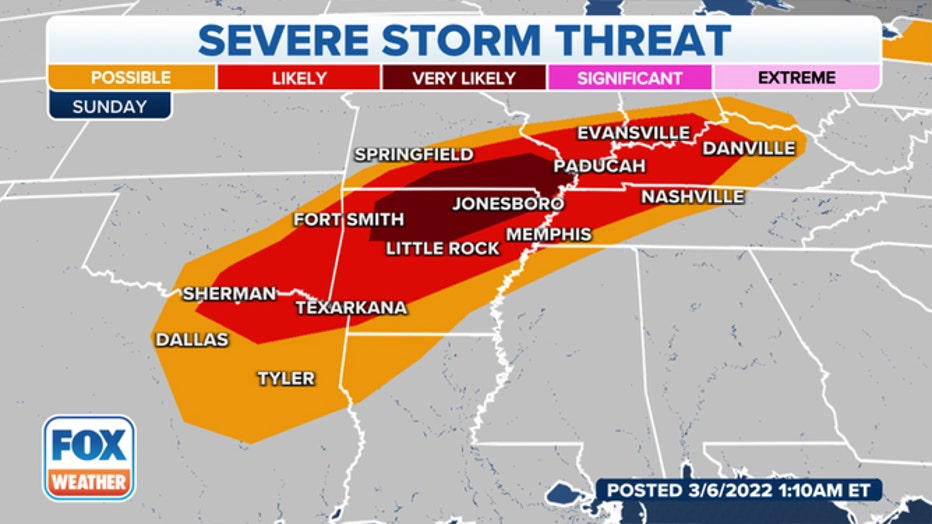 Conditions are expected to remain quiet during the day on Sunday before storms begin to pop up later in the day and into the evening and overnight hours.

The threat of severe weather exists from northeastern Texas, including Dallas and Tyler, into portions of southeastern Oklahoma, Arkansas and stretching into the Tennessee and Ohio valleys.

According to NOAA's Storm Prediction Center, most of the severe weather is expected across northern Arkansas, including Jonesboro, into southern Missouri. 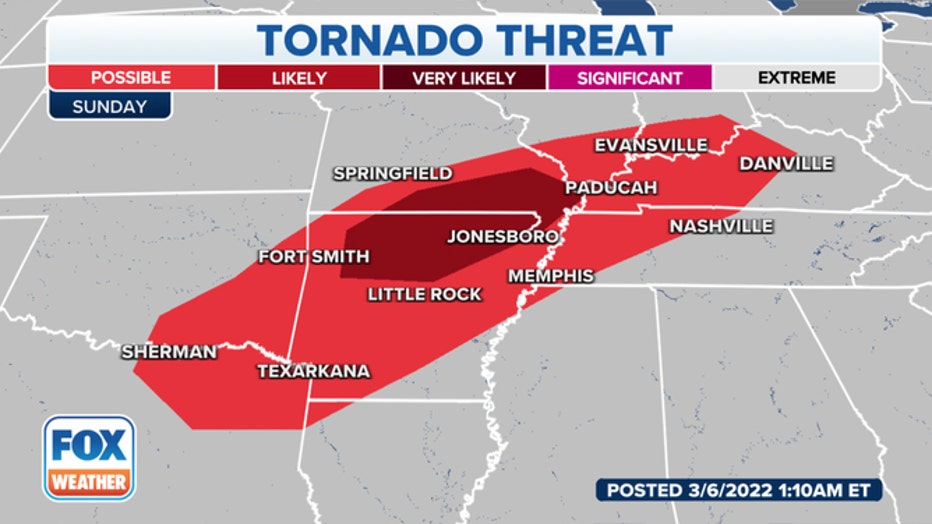 Tornadoes are likely in parts of the Mississippi and Tennessee valleys on Sunday. (FOX Weather)

There is the threat of tornadoes where the stronger storms set up, but the greatest concern remains in the Jonesboro area.

People in areas where severe weather is possible Sunday into Sunday night are asked to prepare now in case warnings are issued. 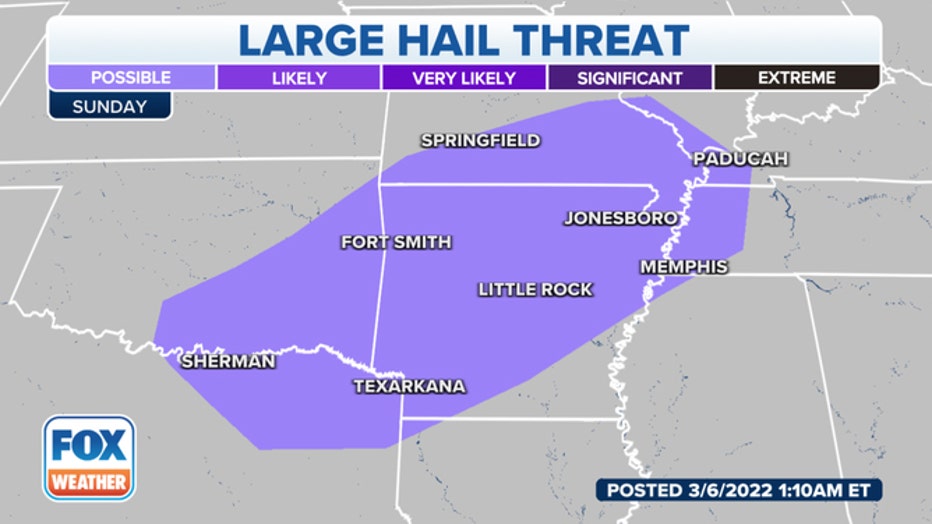 The threat of large hail on Sunday. (FOX Weather) 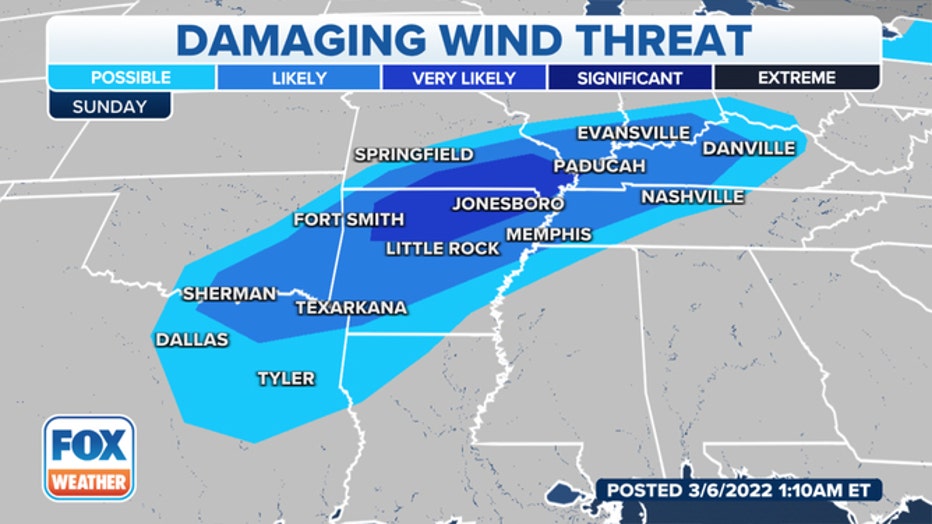 The threat of strong, damaging winds also exists. Not only from tornadoes but straight-line winds could also cause damage, including bringing down trees and power lines.