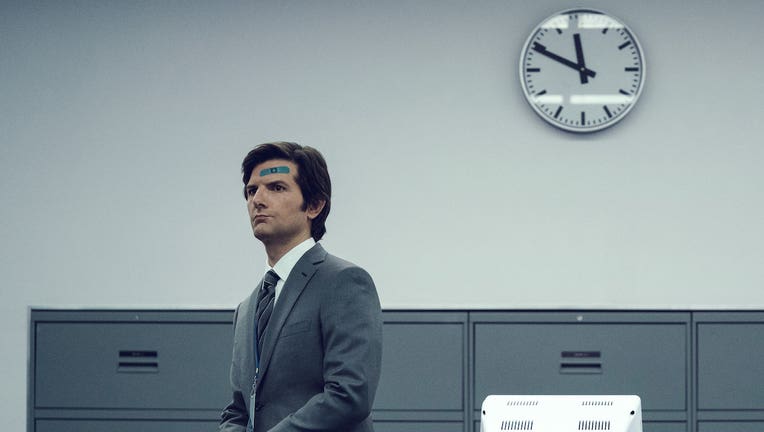 CHICAGO - Adam Scott gives the performance of his career in "Severance" — a good thing, as Apple TV+‘s nimble, riveting workplace thriller-dramedy is enough to make its audience think seriously about retirement, to say nothing of its cast. If he never takes another role again, we can and should hold Ben Stiller accountable.

Stiller, an executive producer who directs the majority of the episodes in this excellent first season, won’t be the only one to blame. (Aoife McArdle directs episodes 4-6, and as those episodes are also very good, she, too, belongs on the list). There’s also series creator Dan Erickson and his top-notch writers’ room, who crafted this nightmarish yet oddly familiar world — a little bit "The Office," a little "Eternal Sunshine of the Spotless Mind" and a tiny dash of "Lost" are all in the mix.

But Scott might be most at fault. If he weren’t so damn good in the two linked-but-distinct roles he plays, "Severance" wouldn’t pack even half of its undeniable and unforgettable punch.

RELATED: Oscars 2022: Where to watch the Best Picture nominees (and other movies like them)

Scott ("Parks and Recreation") plays Mark Scout, a former professor whose grief drove him to accept a job on the "severed" floor at Lumon Industries, a ubiquitous, mysterious and massively powerful corporation that’s developed a technology that brings a whole new meaning to the idea of work/life balance. A chip is inserted into the employee’s brain, and when the worker in question crosses a particular threshold, their existing self — called an "outie" in the corporate parlance — vanishes, leaving behind an "innie," a self with no knowledge of or connection to the outside world.

So it’s "Mark S.," not Mark Scout, who greets "Helly R." (Britt Lower, top-notch) when she awakens on the severed floor without any memory of her life, her family or even her own name. It’s not a good day for either of them. Mark S. receives a menacing promotion (with the offer of a handshake on request) from his menacing boss Mrs. Corbel (a terrific Patricia Arquette) and her right-hand man Mr. Milchick (Tramell Tillman, great) — he’s replacing his best friend Petey (Yul Vasquez, also great) who is "no longer with the company."

It’s a surprise and not a happy one, to Mark S. and his colleagues, the competitive Dylan G. and employee handbook devotée Irving B. They’re played Zach Cherry and John Turturro respectively, both of whom give marvelous performances. Are you sensing a theme? 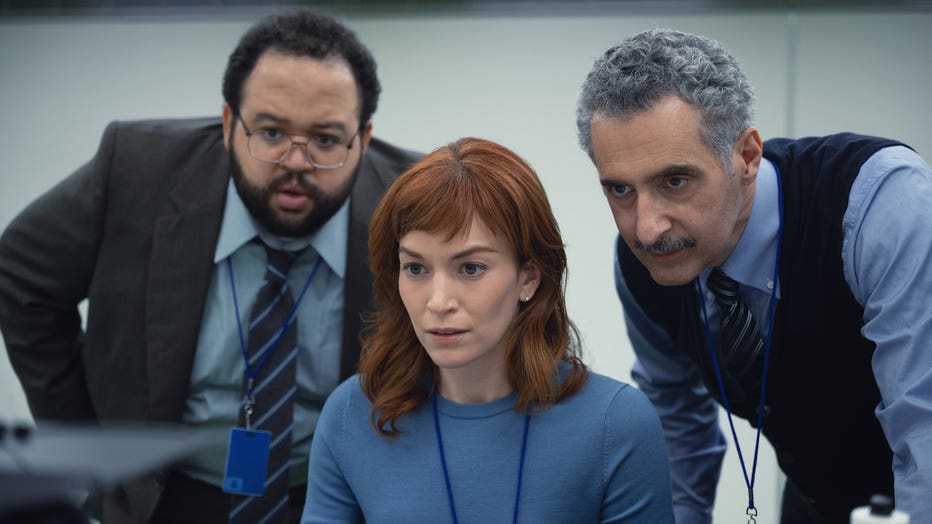 In short, it’s a crackerjack premise brought to life by a uniformly excellent ensemble, and those are reasons enough to watch this corker of a series.

But Stiller and McArdle (as well as director of photography Jessica Lee Gagné) put in work every bit as intricate and impressive as that of their colleagues. "Severance" is as rich visually as it is thematically; the world is as textured as the performances. Gagné makes Lumon’s all-too familiar corporate brightness look both pristine and unsettling, a sterilized environment designed to weed out all foreign matter — up to and including books written by anyone except the company’s founder, revered as a godlike figure and captured in both 8-bit animation and as a talking wax figurine. (Lumon is a lot.)

Still, as beautiful (and terrible) as it is to look at, it’s the writing of "Severance" — and Scott’s excellent performance of that writing — that’s the real secret sauce of the series. Like much great science fiction, the outsize reality of this world is tailor-made to prompt the viewer to question their own. We may not all have coffeemakers branded with our employer’s logos waiting on us at home, but the questions "Severance" asks about how we sell and spend our time and how we’re shaped by the corporations that employ us are as relevant to the real world as they are to this fictional one. 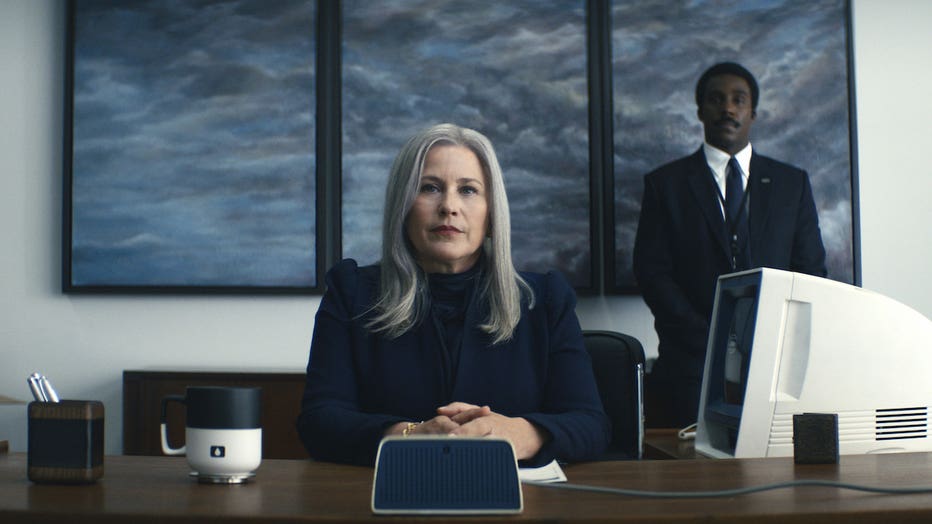 But please, Mr. Scott, don’t quit on us. Jobs can be terrible — but if you don’t finish this one, we’ll be left with a great first season, a mess of terrific performances and a hell of a cliffhanger.

Other highlights from the week in streaming 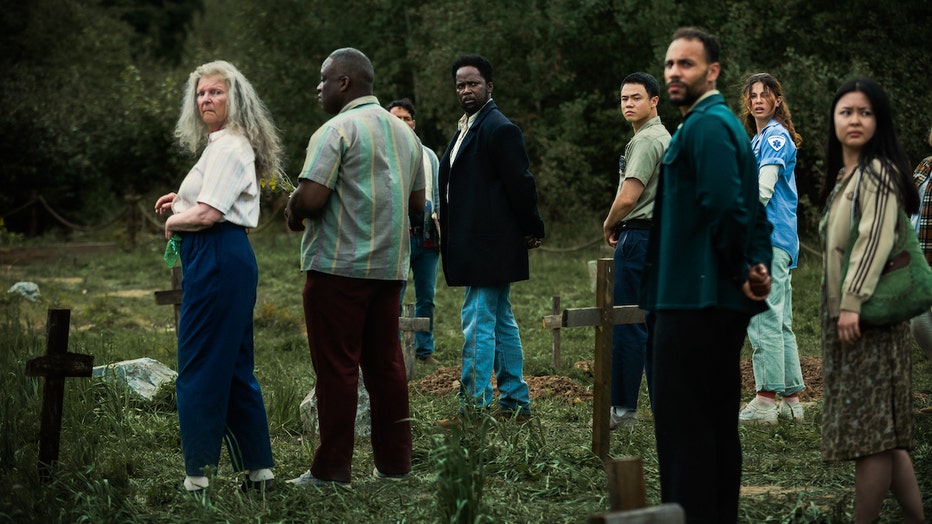 Harold Perrineau, Ricky He and ensemble in "From." Photo: Epix.