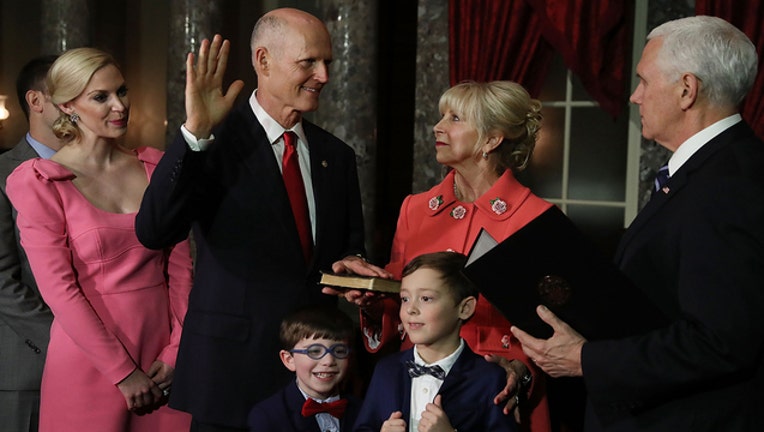 Sen. Rick Scott (R-FL) stands with his wife Ann Scott and other family members while being sworn in by Vice President Mike Pence, on January 8, 2019 in Washington. (Photo by Mark Wilson/Getty Images)

WASHINGTON (NSF) - Just hours after the inauguration Tuesday of Gov. Ron DeSantis, his predecessor, Rick Scott, was sworn into the U.S. Senate.

Scott, who was elected governor in 2010 and 2014, unseated three-term Democratic Sen. Bill Nelson in the Nov. 6 election.