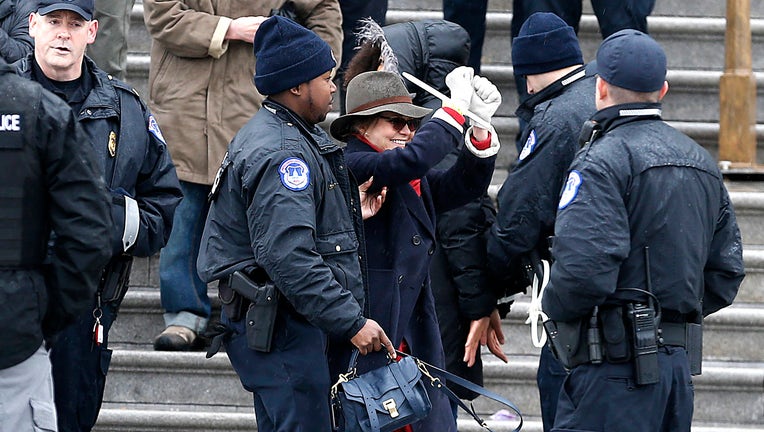 Sally Field hopped on Jane Fonda's climate change train on Friday and got arrested in the process, according to a new report.

The actress stood underneath an umbrella in the rain as she spoke to a crowd of people outside of the U.S. Capitol.

"I come with my heart and my voice. I am a mother. I am a grandmother. The time is now!" she boldly told the crowd in a video shared by TMZ.

Field continued: "We cannot sit back in our comfort zones on our couches, and wonder, 'What can we do?' We can get out. We can do something in the rain, whatever it takes. I've been learning. I have been trying to learn. I, like everyone else, feel this is such a big problem. How can we ever accomplish anything? But we can!"

JANE FONDA DESCRIBES NIGHT IN JAIL AFTER PROTEST ARREST: 'JUST ME AND THE COCKROACHES' 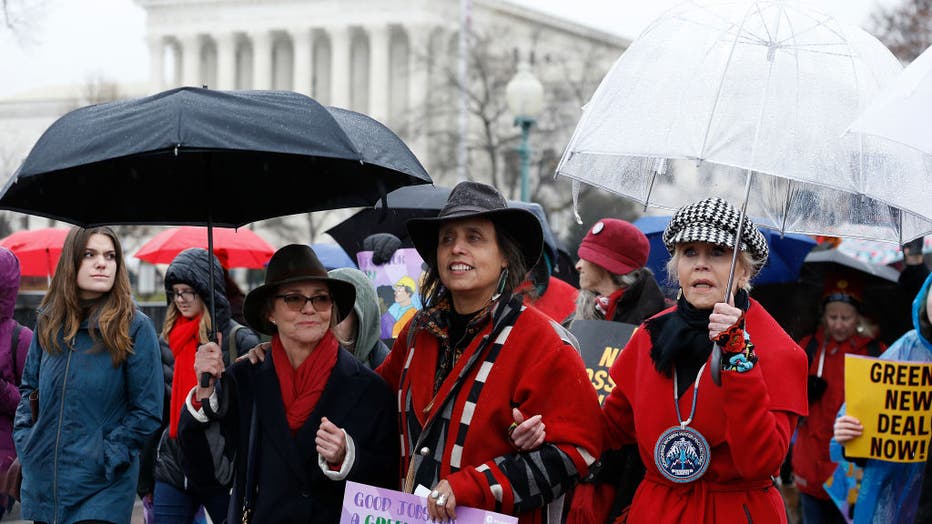 The actress made mention of the 1979 film she starred in titled "Norma Rae." Field's role as Norma Rae was based on textile mill worker Crystal Lee Sutton, whom she described to the crowd as a "fighter" and a "real hero."

"People can transition to a better job, a greener job in a workplace that can support them and their families in more than a living wage," Field also told the audience outside the Capitol.

A few minutes later, Field was caught on video leaving the scene with an officer and throwing her bound hands in the air.

Fonda has been arrested multiple times since she began shining a light on climate change. President Trump recently mocked the actress' efforts, claiming "nothing changes."

Last month, Fonda opened up about spending the night in jail in a lengthy interview with The Hollywood Reporter.

“The most disturbing part of it was seeing the people in jail and realizing that this country doesn't choose to put enough resources into social safety nets and mental health services because so many of the people are there because of poverty and racism and mental health issues," Fonda said. “It's the new Jim Crow.”