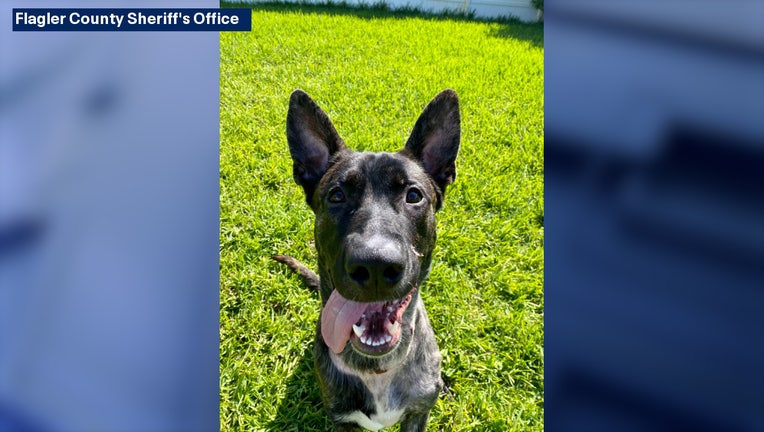 FLAGLER COUNTY, Fla. - Rocky the dog has found his forever home, weeks after he was shot in the face by his previous owner and left for hours without treatment inside his kennel, the Flagler County Sheriff's Office said. He was adopted by a Flagler County employee who fostered him.

In a news release, FCSO said Rocky's new family was already looking to add a furry friend to their home, so when they learned of Rocky's story, they immediately became invested in the case.

Rocky was found April 5 bleeding inside his kennel inside a home in Palm Coast after multiple people reported hearing a gunshot followed by the cries of a dog, the sheriff's office said. A 25-year-old man was arrested on animal abuse charges.

After being treated, Rocky needed a foster family to care for him. An employee saw Rocky's pictures and "fell in love," the agency said in statement, and then agreed toff foster him. 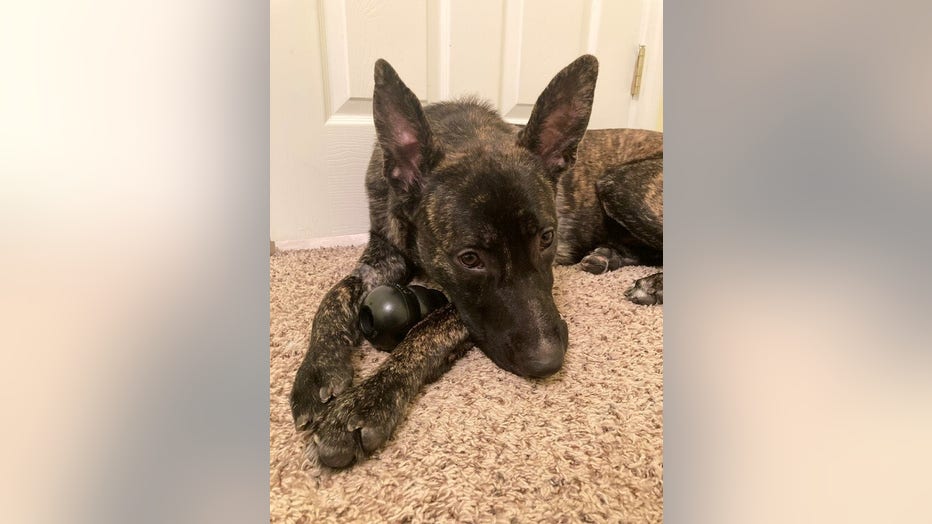 "They needed someone to foster him immediately when he was released from the vet following surgery, so he wouldn’t have to go to the shelter. We agreed to take him right away," the unnamed employee said in a written statement.

After five weeks of being with his new family, Rocky was officially adopted.

"Rocky is enjoying his new home. His wounds are still healing, but he is on his way to making a full recovery," his new owner said. "He’s very playful, loves his toys, is great with our other dog, and loves everyone he meets. He’s never even growled at us, unlike his previous family claimed. A little love goes a long way!"

"This poor animal has had a rough start to life, suffering abuse no animal should go through. His story touched the hearts of many in the community and I’m thrilled to see his progress.," Staly said  in a statement. "Thank you to all the personnel involved in his rescue and to our employee for giving him the second chance he deserves."

Correction: A previous version of this story incorrectly stated Rocky had been shot with a pellet gun.