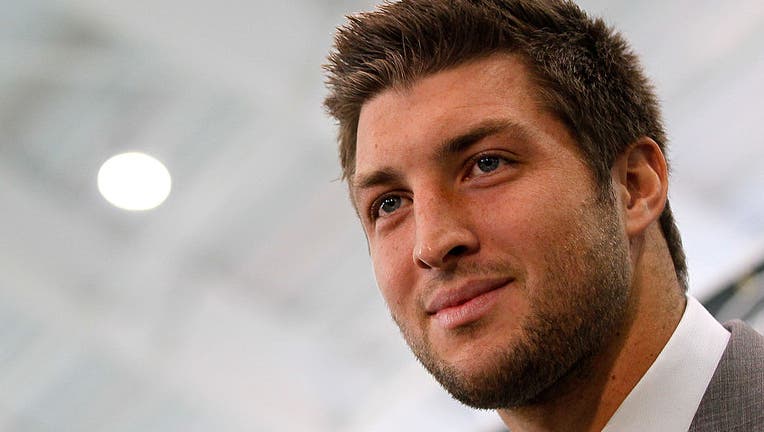 JACKSONVILLE, Fla. - Former Florida star and 2007 Heisman Trophy-winning quarterback Tim Tebow is returning to the NFL after officially signing with the Jacksonville Jaguars.

The team tweeted out the announcement on Thursday morning.

"We have signed TE Tim Tebow," the tweet read.

"I want to thank the Jaguars for the opportunity to compete and earn a chance to be a part of this team. I know it will be a challenge, but it is a challenge I embrace," Tebow said in a statement.

The 33-year-old Tebow would be returning to the NFL after four years (2016-19) in the New York Mets’ organization and he’ll be playing for Urban Meyer for the first time since his senior year in 2009.

This reunion would come with a twist, though.

Tebow will be joining the Jaguars as a tight end. He switched positions after retiring from baseball in February.

Tebow will be on the field with his new teammates Thursday for a voluntary, closed workout. He is not expected to have any media availability until training camp, at the earliest, in hopes of minimizing the media circus that follows the devout Christian who has received rock star treatment at every NFL stop.

His comeback is an unprecedented one because of his age, his new position and the fact that he last played in a regular-season game in 2012, with the New York Jets. 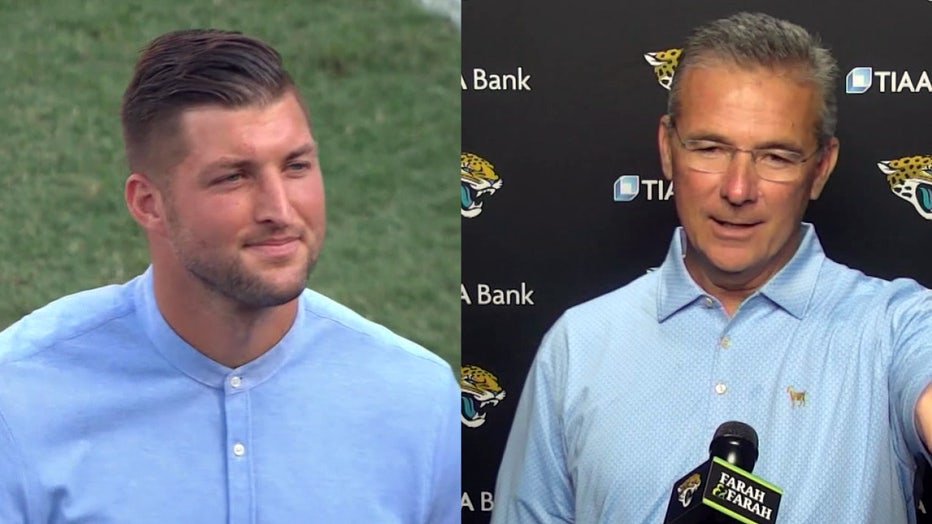 The deal would reunite Tim Tebow with his former coach, Urban Meyer.

Several teams suggested Tebow make the position change years ago, but he declined.

He finally switched after retiring from baseball in February. He worked out for the Jaguars the following week, the first of two exploratory sessions that came to light hours before the start of the NFL draft on April 29.

Meyer raved about Tebow’s workouts, saying assistants were surprised to see the 235-pounder in such great shape. Ultimately, Tebow’s ability to pick up a new position — a number of college QBs have made the transition look seamless — will determine whether he makes the team.

Just getting a chance after such a lengthy layoff has stirred debate about preferential treatment. Others insist it’s merely the result of a decades-long relationship that now includes Meyer and Tebow being neighbors in Jacksonville.

Former Dallas receiver Dez Bryant, current Pittsburgh linebacker Devin Bush and Denver safety Kareem Jackson were among a number of others who criticized the move.

"So Tebow haven’t played an NFL game in damn near a decade and it’s that simple … no hate but you got to be kidding me," Bryant posted on Twitter.

Added Jackson: "I love Tebow too but gahh damn he got more lives than a cat."

Tebow, who grew up in Jacksonville and remains a popular figure in his hometown, could fill a huge hole for Meyer. The Jaguars decided not to pick up a team option in veteran Tyler Eifert’s contract and traded oft-injured 2019 draft pick Josh Oliver to Baltimore in March. They signed run-blocking specialist Chris Manhertz in free agency, brought back James O’Shaughnessy and drafted Ohio State’s Luke Farrell in the fifth round.

Click on your answer below and be sure to watch FOX 35 News at 5, 6 and 10 to get the latest results.