Report: Florida is a leader in the nation for vehicle crashes into buildings

The Storefront Safety Council recently released its findings, stating that Florida is a leader in the nation in vehicle crashes into storefronts.

LAKE MARY, Fla. - The Storefront Safety Council recently released its findings, stating that Florida is a leader in the nation in vehicle crashes into storefronts.

Back in June, a 74-year-old driver crashed into a Longwood tile and glass store, later dying.

The Florida Highway Patrol investigated and believed that crash was caused by a medical episode.

More recently, a distracted driver jumped the curb in Pinella Park and created a big mess in front of a Dollar General store.

The list goes on with another car slamming through the front of a Spring Hill Beef O' Brady's restaurant.

One accident happened earlier this month at a gas station in Boca Raton. 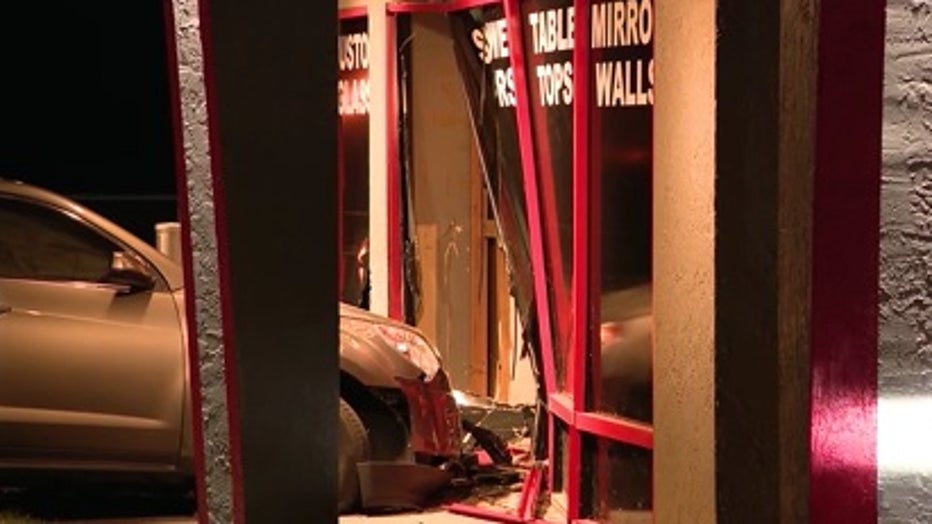 That's when a car drove straight into the storefront and hit a man and who had to go to the hospital.

A thrift store in Ocoee had to clean up after a Mazda plowed through the front of their shop.

A truck in Orange County accidentally reversed instead of going forward, backing into a Chuck E. Cheese.

According to the council's study, 41 percent of storefront crashes are caused by drivers over the age of 59.

Sometimes, the driver behind the wheel is drunk, but nearly a quarter of the time drivers mistake the gas pedal for the break.

For aging drivers, The Florida Department of Transportation has an entire site devoted to helping senior drivers, including a self-assessment driving test and resources to find rides.

You can find that information here: http://safemobilityfl.com/