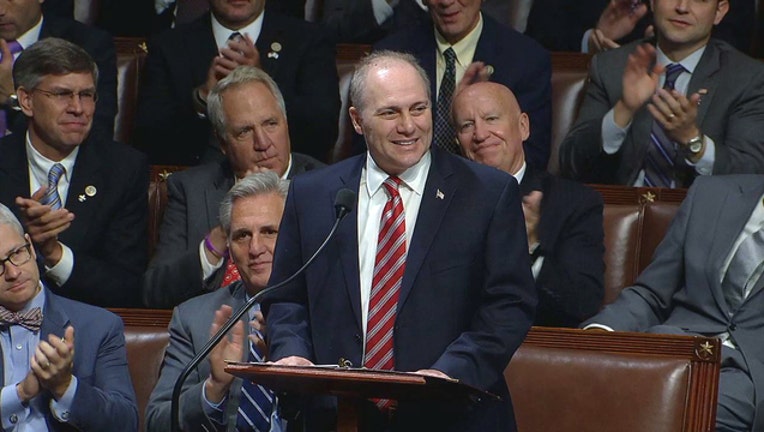 The Louisiana congressman, seen as a potential successor to retiring House Speaker Paul Ryan, was treated at MedStar Washington Hospital Center. That's the same facility where Scalise was rushed after the June 2017 shooting that also wounded four others.

The medical center and the lawmaker's office said in a statement that he has "initiated a series of planned, inpatient procedures" but provided no other detail. They said he was in "excellent spirits" and was expected to remain hospitalized for several days.

The 52-year-old Scalise, the third-ranking House GOP leader, wrote to colleagues earlier Monday that he would be "fully engaged" as he recovers from the surgery and would return to the Capitol "as soon as my doctors say I'm able."

Ryan, R-Wis., announced last week that he won't seek re-election in November. The front-runner in the contest to replace Ryan as top House Republican seems to be Majority Leader Kevin McCarthy, R-Calif., his party's No. 2 House leader.

Scalise spokesman Chris Bond said Monday that when the leadership election is held, the congressman will support McCarthy. That essentially left it up to McCarthy to round up the 218 votes needed in the 435-member House to prevail but left the door open for Scalise should McCarthy fall short.

Scalise suffered shattered bones and damaged internal organs in the shooting, which left him near death. He was hospitalized for more than a month. U.S. Capitol Police and other officers killed the gunman, who had nursed grievances against President Donald Trump and the GOP.

Scalise now maneuvers around the Capitol on crutches and an electric scooter.