The search for a missing couple from Longwood, Florida is over after authorities identified human remains found inside a burning car as Nicole Marie Merced-Plaud, 24, and Miguel Anthony Valentin-Colon, 31. Police in Buffalo, New York found the couple's remains inside a charred rental car earlier this year. Video shows two men leaving the scene with the couple's child, who was left at a doorstep ofa home unharmed.

LONGWOOD, Fla. - Buffalo Police on Tuesday announced that they have identified the human remains found in a burned car back in September as two parents from Longwood.

Their families said that Miguel Anthony Valentin-Colon, 31, and Nicole Cerced Plaud, 24, were on vacation in Buffalo with their three-year-old son. The two parents never returned from this vacation and their son, three-year-old Noelvin, was found in a box on the front porch of a home up there. Noelvin told the woman who found him about a car that was burning up. 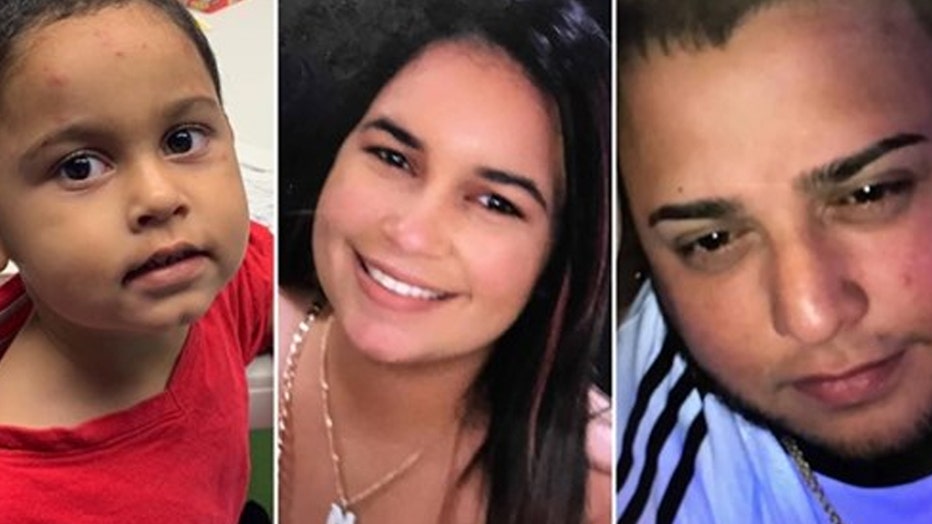 Not far from the home the boy was found at, a vehicle was found burned up with the remains of two people inside. Investigators have finally identified those remains as Valentin-Colon and Plaud.

Police say surveillance video from the scene of the vehicle fire showed two persons of interest walking away from the vehicle with a toddler by their side. Police have not confirmed any arrests in this case as of yet.

Noelvin has been living with his grandparents ever since.