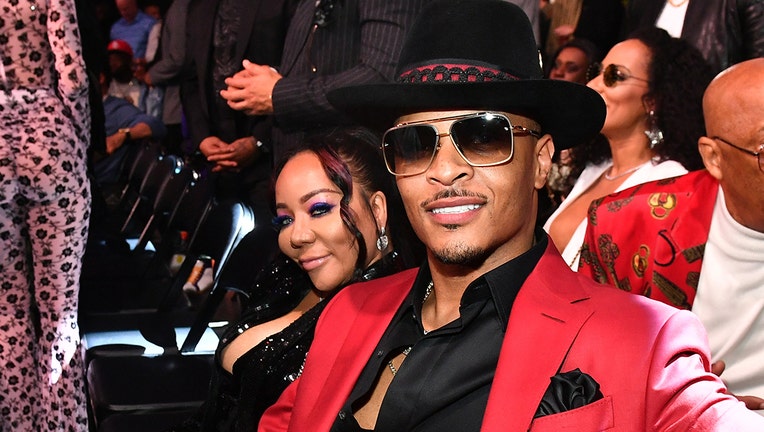 LOS ANGELES - The Los Angeles Police Department is investigating rapper T.I. and his wife Tameka "Tiny" Harris following claims that the couple drugged and sexually assaulted a woman in 2005, according to FOX News. The couple has been accused of sexual assault by more than 30 women.

The Los Angeles Police Department is investigating rapper T.I., who has been accused of sexual assault by more than 30 women.

The Daily Beast broke the story on Monday, saying that a woman identified only as Jane Doe told the LAPD about an alleged sexual assault that took place some 16 years ago and during the alleged encounter with T.I., whose real name is Clifford Harris, and his wife. Jane Doe reportedly was first introduced to the couple through a runner who was handing out flyers in a local mall, the outlet reported, citing a letter sent to investigators from the woman’s attorney Tyrone A. Blackburn.

In recent weeks, T.I. and his wife Tameka "Tiny" Harris have made headlines following a series of sexual assault allegations against them.

Blackburn, who represents more than a dozen accusers, claims that the rapper subjected the alleged victims to drugging, kidnapping, rape, sex trafficking, and intimidation.

According to Blackburn, some of his clients' accusations go back more than 15 years in both Georgia and California.

In a statement released through attorney Steve Sadow back in April, the couple said they "are still waiting for the accusers to reveal themselves publicly," according to FOX 11's sister station FOX 5 Atlanta.

In early February, TMZ reported that the production of "T.I. & Tiny: Friends & Family Hustle" came to a halt because of the allegations. Network executives said they are aware of the accusations and release a statement that read in part, "Given the serious nature of the allegations, we have decided to suspend production in order to gather more information."

The show's fourth season had started filming in December.

FOX News and FOX 5 Atlanta contributed to this report.