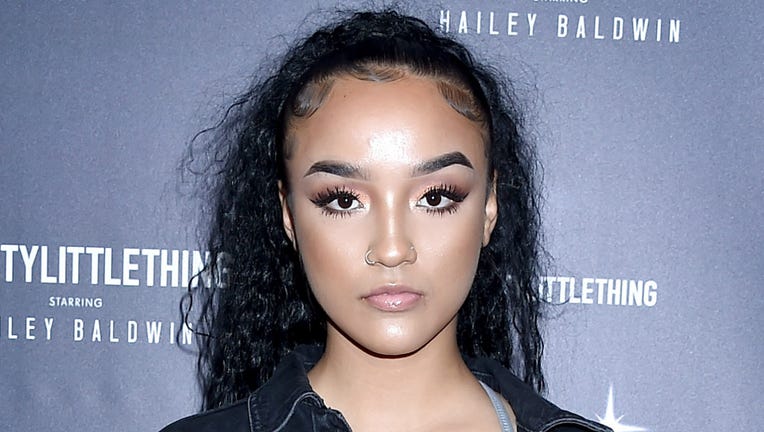 Rapper Lexii Alijai has died at the age of 21, according to multiple reports.

The young musician, whose real name is Alexis Alijai Lynch, died on Wednesday.

Singer Kehlani, who featured Lexii in her popular songs  "Jealous," reacted to the news on Wednesday in a series of heartbreaking tweets. She referred to Lexii as her "little sister."

"jus got the worst f--kin news ever. my heart is BROKE. F--K," Kehlani tweeted.

"i keep typing and backspacing you knew what you meant to me everyone knew what you meant you were so special bro i seen you right thru it all i seen u thug it out lex imma miss you so bad you was about to get everything you always talked about RIP MY BABY I LOVE YOU LEX 4L," the singer wrote in another tweet.

Lexii was from Saint Paul, Minn. and was featured in songs from rappers Drake, Meek Mill, Nas, and more.

Lexii's cousin, LaMycha N Jett, wrote about her passing in a Facebook post, according to Entertainment Tonight.

"They say don’t question God, but damn why you baby. This thing called life is crazy as hell," Jett wrote (via Entertainment Tonight). "My heart is broken 💔 the tears won’t stop. I’m trynna hold it together... I love you more then you’ll ever know. I can’t focus, I can’t concentrate, I’m numb, I literally can not breath. Rest easy baby... 😘 You gained your beautiful wings... Lexii Alijai. Please keep our family in your prayers."

Lexii reportedly put out her first full-length album titled "Growing Pains" in September 2017. A cause of death has not yet been released.