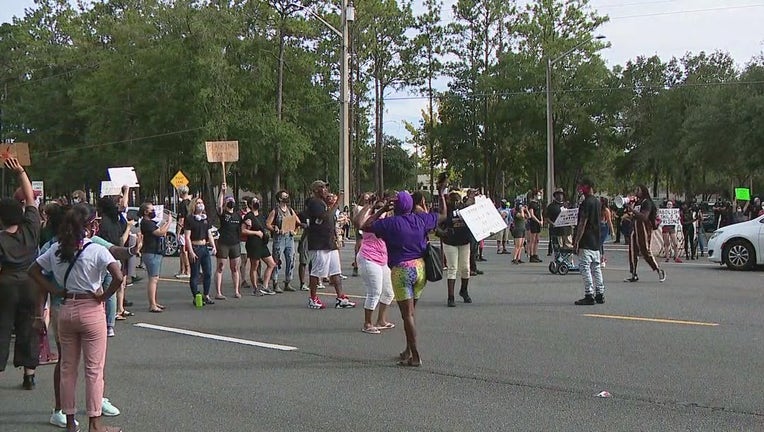 ALACHUA COUNTY, Fla. - A group of protesters gathered outside of the Alachua County Jail on Saturday.

The group says a woman gave birth prematurely to a baby in jail and staff ignored her.

They say Thompson was arrested for violating her probation for a traffic citation.

Protesters said when she was experiencing contractions, she alerted jail staff but was not given the proper attention or care.

Organizers of the protest say they are demanding accountability and justice for Thompson and her child, Ava.