A monument honoring the Groveland Four was unveiled in Lake County on Friday.

TALLAHASSEE, Fla. - State Attorney William Gladson, whose circuit includes Lake County, filed a motion Monday to toss out convictions and indictments against African-American men known as the "Groveland Four" in one of the most notorious cases from Florida’s Jim Crow era.

Gladson wrote that "even a casual review of the records" indicates Ernest Thomas, Samuel Shepherd, Charles Greenlee, and Walter Irvin were deprived of fundamental due process.

"The evidence strongly suggests that a sheriff, a judge, and prosecutor all but guaranteed guilty verdicts in this case," Gladson wrote. "These officials, disguised as keepers of the peace and masquerading as ministers of justice, disregarded their oaths, and set in motion a series of events that forever destroyed these men, their families, and a community … I have not witnessed a more complete breakdown of the criminal justice system." 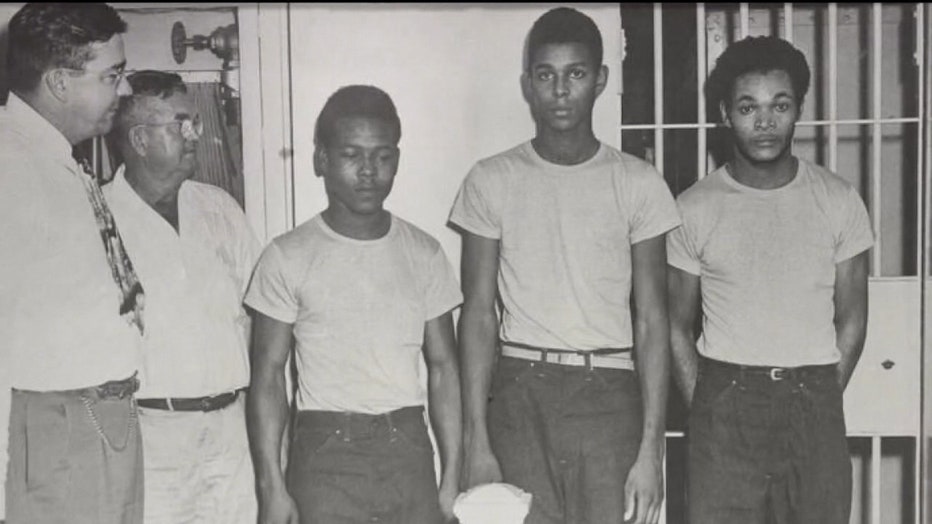 The investigation was referred to Gladson by the Florida Department of Law Enforcement, which in December 2018 was directed by former Attorney General Pam Bondi to review the 1949 case in which the four were charged with the rape of a 17-year-old woman in Lake County.

In January 2019, Gov. Ron DeSantis and the Florida Cabinet --- Attorney General Ashley Moody, Agriculture Commissioner Nikki Fried, and Chief Financial Officer Jimmy Patronis --- posthumously pardoned the four. Thomas was killed by a posse in Madison County after the rape accusation. The three other men were beaten to coerce confessions before they were convicted by an all-white jury. Greenlee, at 16, was given a life sentence.

Shepherd and Irvin, both U.S. Army veterans, were sentenced to death. Shepherd and Irvin were later shot, with Lake County Sheriff Willis McCall claiming the two handcuffed men tried to flee while being transported to a new trial that had been ordered by the U.S. Supreme Court due to adverse pretrial publicity. Shepherd died, preventing a retrial. Irvin survived but was retried and convicted.

Then-Gov. Leroy Collins commuted Irvin’s sentence to life in prison. Irvin was paroled in 1968 and died a year later.

Greenlee, released from prison in the early 1960s, died in 2012. The motion seeks to vacate the convictions of Greenlee and Irvin and dismiss the indictments against Thomas and Shepherd.