A rap legend and a former "Saturday Night Live" comedian will team up with the Super Bowl-winning Manning brothers to lead the NFL’s 2023 Pro Bowl teams, according to a report.

Snoop Dogg, the 51-year-old rapper from Long Beach, will captain the AFC squad set to be coached by Peyton Manning, who won Super Bowl titles with the Indianapolis Colts and the Denver Broncos.

"I’m comin’ back to the NFL field, but this time, instead of performing, I’m going head-to-head with Pete and competing for the title of The Pro Bowl Games Champion," Snoop Dogg said, according to People. 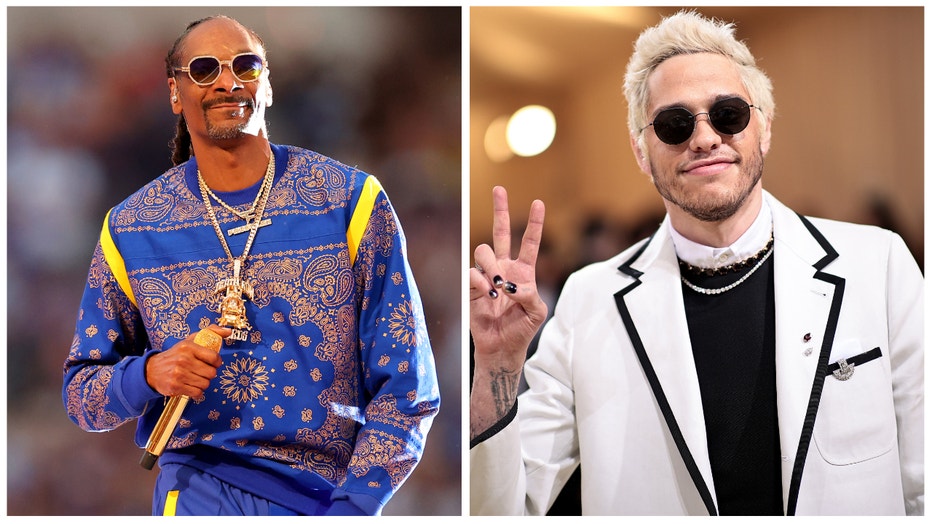 Davidson, a 29-year-old comedian from Staten Island, will captain the NFC team with Peyton’s younger brother Eli Manning coaching. The younger Manning also has two Super Bowl wins, both with the New York Giants and against the New England Patriots and Tom Brady.

The AFC team will have Patrick Mahomes of the Kansas City Chiefs starting at quarterback, with Josh Allen of the Buffalo Bills and Joe Burrow of the Cincinnati Bengals serving backup duties.

The NFC squad will have quarterbacks Jalen Hurts of the Philadelphia Eagles, who is starting, Geno Smith of the Seattle Seahawks, and Kirk Cousins of the Minnesota Vikings.

The view from the ground and the cockpit as pilots prepare for a Super Bowl Sunday heritage flyover. (Video courtesy: Dept. of Defense, via DVIDS)

RELATED: Super Bowl 57: All you need to know

This year will be the first for the Pro Bowl to feature its new format that spotlights flag football.

The NFC has Justin Jefferson of the Minnesota Vikings, CeeDee Lamb of the Dallas Cowboys, Terry McLaurin of the Washington Commanders and others.