ORLANDO, Fla. - The Powerball jackpot has grown to an estimated $454 million after no lucky winner claimed Monday night’s drawing.

The winner, who must match numbers on five white balls (1-69) and the red Powerball (1-26), also has the option to claim a one-time lump sum payment of an estimated $271.9 million after taxes.

The Powerball jackpot grows until a winning ticket is sold. Winners can choose to receive their prize as an annuity, paid in 30 payments over 29 years, or take the lump sum payment. Federal and jurisdictional taxes are applicable to either payout.

RELATED: Reporter quits job while live on air after winning lottery, but later discovers payout was about $5,500

While no one won the grand prize, one person in Texas matched five balls — which is a $1 million prize, according to lottery officials. One other person who bought a ticket in North Carolina matched all five white balls and the Power Play number, winning $2 million before taxes. 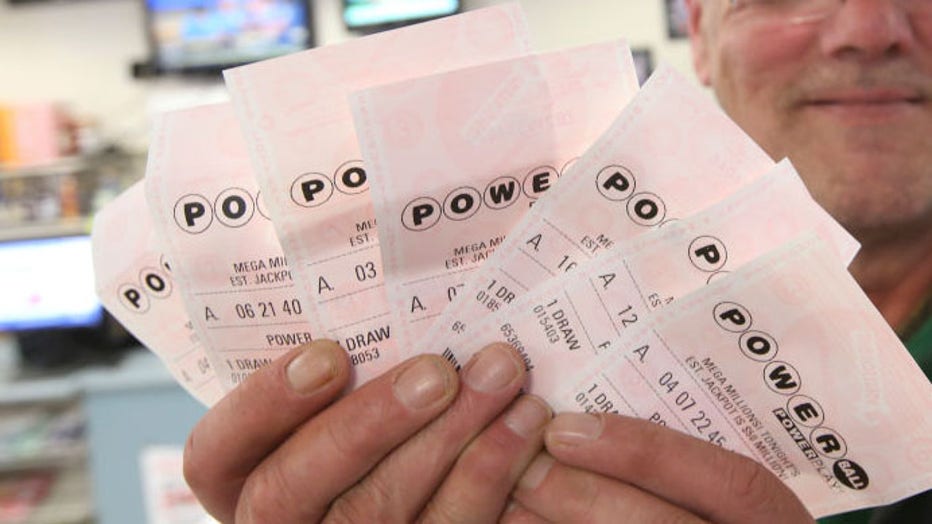 The Powerball jackpot was previously hit in the Feb. 14 drawing when a single ticket in Connecticut won $185.3 million.

Odds of winning the Powerball jackpot

The overall odds of winning the Powerball jackpot are just 1 in 292.2 million. To put that into perspective, those odds are a little worse than flipping a coin and getting heads 28 straight times, University of Nebraska-Omaha mathematics professor Andrew Swift previously told the Associated Press.

For those feeling lucky and wanting to spend $2 for a ticket, the overall odds of winning any prize is a little better at 1 in 24.9.

The current estimated prize is far from the U.S. jackpot record, which was a whopping $1.586 billion Powerball prize in 2016. Three winning tickets were sold in California, Florida and Tennessee.

Powerball drawings are held on Monday, Wednesday and Saturday in 45 states, Washington D.C., the U.S. Virgin Islands and Puerto Rico.

Reporter quits job while live on air after winning lottery, but later discovers payout was about $5,500

A Spanish television reporter appeared to quit her job while she was live on air while celebrating a winning lottery ticket, but later discovered her payout was about $5,500.

And for those who do get lucky, make sure to double-check the winnings before making any drastic moves. A Spanish television reporter appeared to quit her job live on air in 2019 after getting a winning lottery ticket but later discovered her payout was only about $5,500.