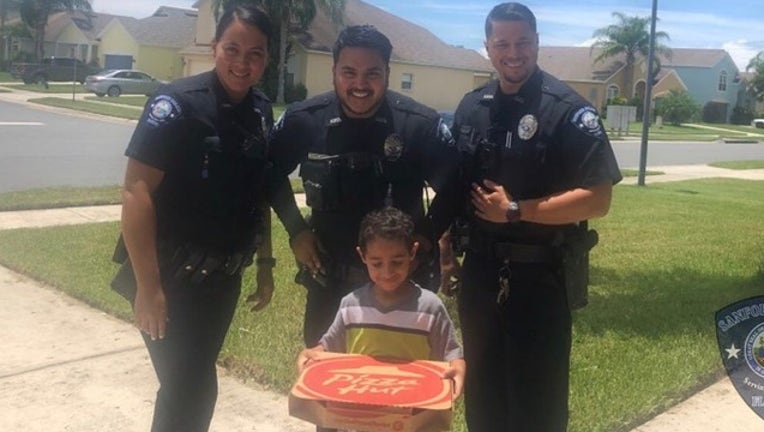 SANFORD, Fla. (FOX 35 ORLANDO) - Sanford police officers responded to a well-being check on a juvenile who was hungry and wanted pizza.

The Sanford Police Department said that several of their officers responded to a home on Key Haven Drive for a well-being check on a 911 call made by a juvenile. While on the way, dispatched informed the officers that the child told them he was hungry and wanted to order a pizza.

After arriving at the scene, police said that they met the young boy and his older sister. She told officers that they were fine and her bother had grabbed the phone without her knowledge. Officers used this opportunity to teach about the proper use of 911.

They went on though to actually order a large box of pizza for the boy as well, police said.

A photo of the officer with the boy was posted onto social media with the hashtags #foodemergency, #pizzahotline, and #pleasedontcall911fordelivery.