Arlington Heights police have released home surveillance video that shows a home invasion in which a homeowner shot and killed one of the armed assailants.

ARLINGTON HEIGHTS - Arlington Heights police have released home surveillance video that shows a home invasion in which a homeowner shot and killed one of the armed assailants.

Doorbell video of the April 4 fatal encounter in the north suburb, obtained through a Freedom of Information, shows two men wearing surgical masks and gloves ring the doorbell of a home on North Evergreen Avenue. Unedited video was leaked on the internet days ago.

Police say the two assailants, Bradley Finnan and Larry Brodacz, were armed with a gun and knife when they forced their way into the home with the intent to rob the family.

But the homeowner fought back, chasing Finnan outside and punching him to the ground, as seen in the video.

The homeowner then returns inside the home, out of view of the camera, where police said he found Brodacz pointing a gun at his wife and two children, police said.

The homeowner retrieved the family gun from a safe and confronted Brodacz, police said. During a struggle, the homeowner fired a single shot into Brodacz’s abdomen. He fell to the ground and died in the home, police said.

Finnan, 38, of Chattanooga, Tennessee, was arrested nearby and later charged with felony murder and two counts of home invasion, police said. 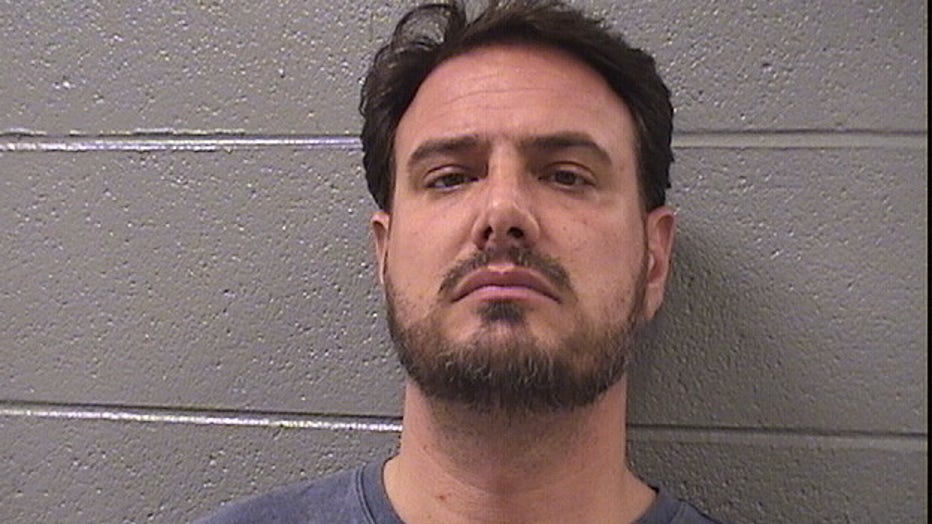 A Cook County judge ordered Finnan held without bail. He is due back in court April 21 in Rolling Meadows.