A Las Vegas K9 is getting some praise after he sniffed out more than $10 million worth of cocaine hidden in a truckload of tomatoes, according to the Las Vegas Metropolitan Police Department.

Detectives initially stopped the truck for erratic driving near I-15 and St. Rose Pkwy around 2:30 a.m. on Friday, police said.

"The nervous driver had a story that didn't add up," the police department said. That's when officers called in K9 Nuggetz who immediately sniffed out the stash.

In the social media post, K9 Nuggetz is all smiles sporting a pair of sunglasses.

Social media just couldn't get enough of the crime-fighting canine. 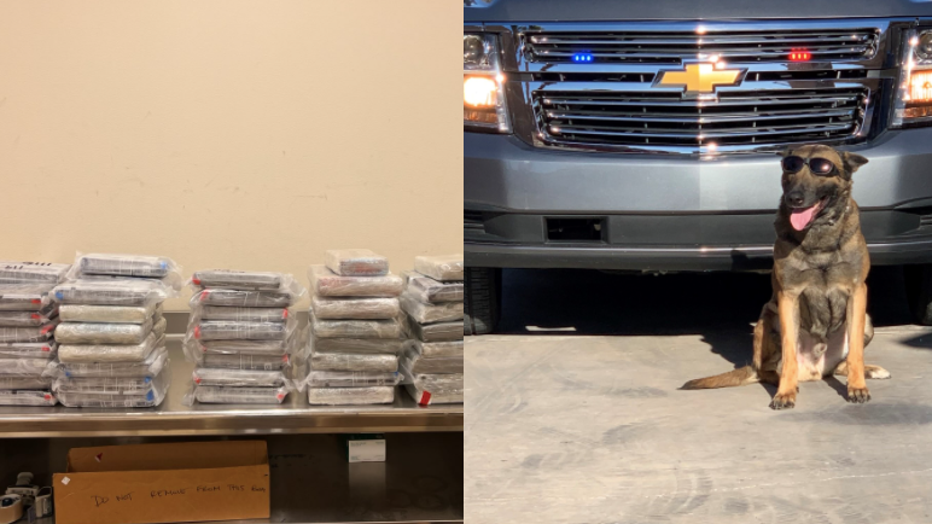 "I love this! Hooray for LVMPD and K9 Nuggetz! Well done! Nuggetz looks so awesome in his sunglasses...one cool dude!" one commenter wrote.

Another added: "Great job officer Nuggetz! I hope you get extra doggie treats for a job well done!"