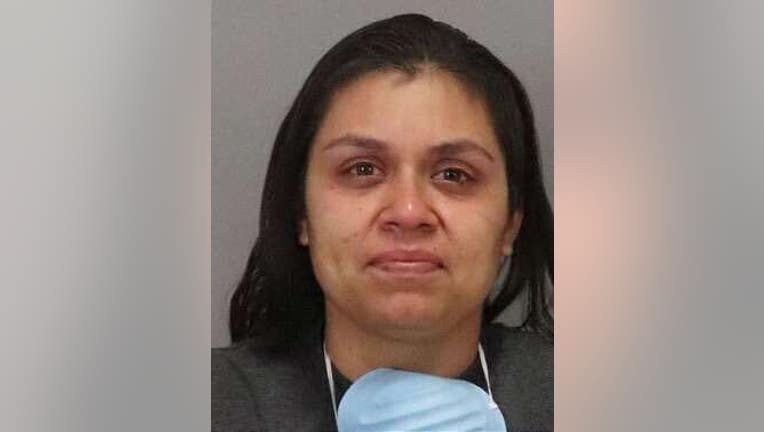 SAN JOSE, Calif. - A 26-year-old woman was arrested early Saturday on suspicion of attempted murder, accused of deliberately driving her SUV into a crowd and striking two men at a protest Friday night near downtown San Jose, police said.

Police said Bianca Orozco of San Jose was arrested in connection with an incident at about 9 p.m. Friday. Police said a Santa Clara County Sheriff's deputy at a reported "unlawful assembly" at Sixth and Santa Clara Streets downtown saw a gray Dodge Durango driving into the intersection at high rate of speed. Several protesters jumped out of the way to avoid being struck by the suspect vehicle, police said.

The sheriff's deputy saw the same vehicle make a U-turn and drive back toward the crowd, and then back up at a high rate of speed and run over two adult male victims. The deputy, police said, believed the suspect was intentionally attempting to run over the victims.

The Durango then turned toward the protesters and deputies, and drove directly at them, authorities claimed. One deputy fired one round at the Durango, which then fled the scene, police said.

The two victims were taken to a local hospital with non-life-threatening injuries and later released, police said.

A San Jose Police Department officer at the scene recorded the Durango's license plate, and homicide detectives on Saturday found the vehicle, and Orozco, at a San Jose homes. Orozco, who had not been injured in Friday night's shooting, was then arrested and booked into the Santa Clara County Jail.

The incident remains under investigation. Anyone with information is asked to contact Detective Sgt. Isidro Bagon or Detective Ramon Sanchez of the San Jose Police Department's Homicide Unit at (408) 277-5283.