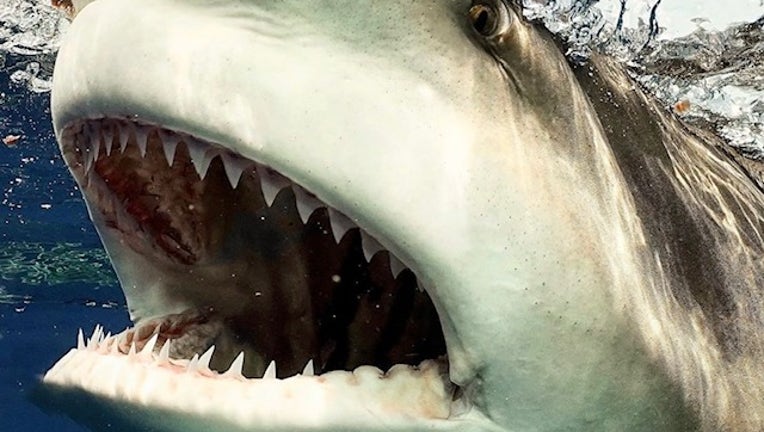 Captain John Moore was diving off the coast of Jupiter when he found himself within inches of the apex predator.

TRENDING: VIDEO: Group of manatees, including baby, close to shore at Florida beach

"Up close and personal inspection of the very impressive serrated teeth of a large female Bull shark," Capt. Moore wrote on Instagram. "A fish had grabbed the chunk of bait and run toward me for cover, before getting scared and dropping the chunk. This set me up for a shot that’s even too close for my 20mm lens." 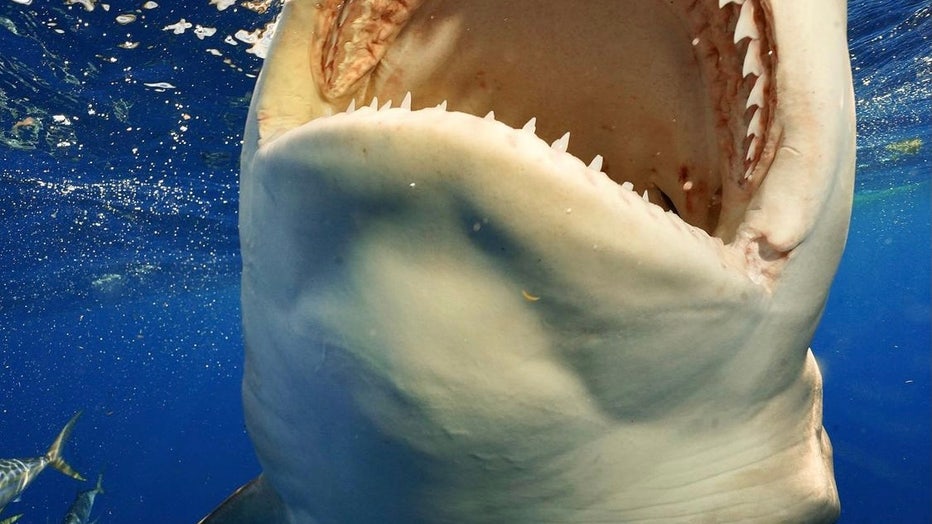 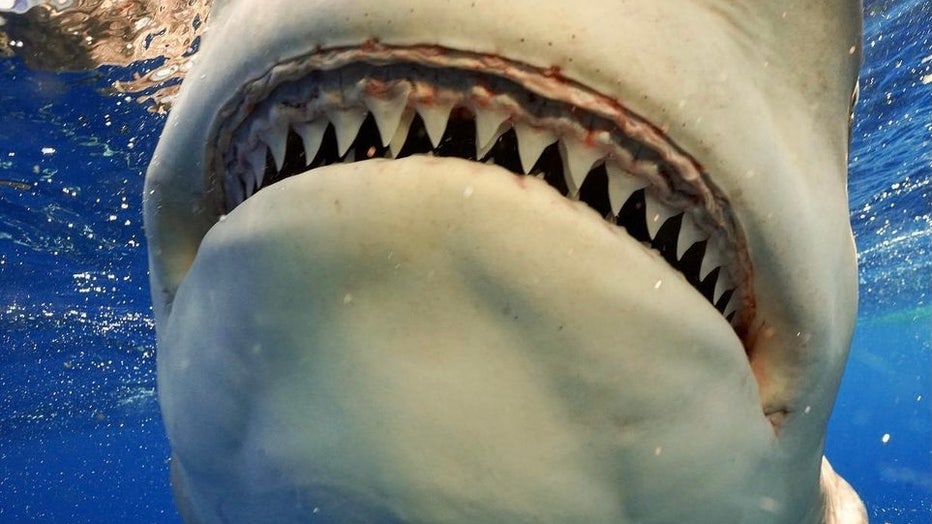 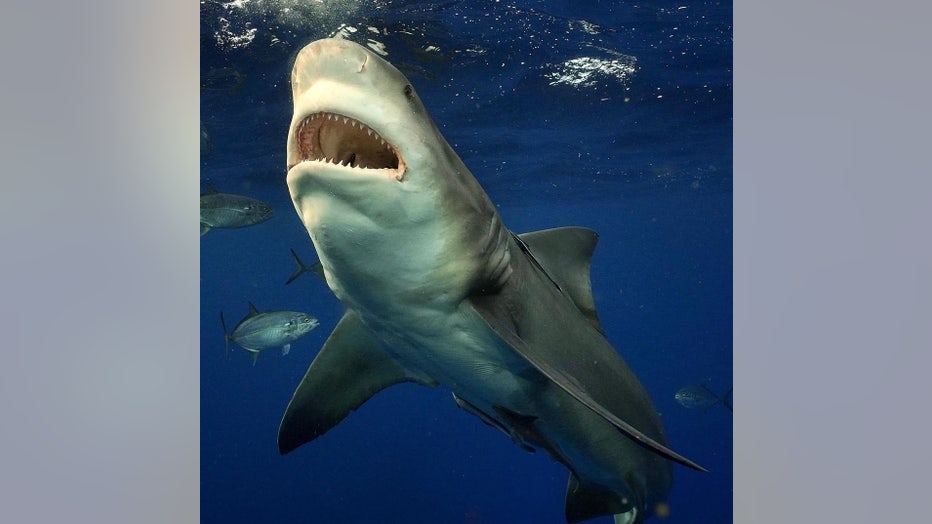 According to CBS 12, Moore says the shark was pregnant and is overweight because of the influx of baitfish around this time.

"If you zoom in on her mouth, you can see a stinging jellyfish she’s about to get in her mouth. They hate those things almost as much as I do," he wrote. 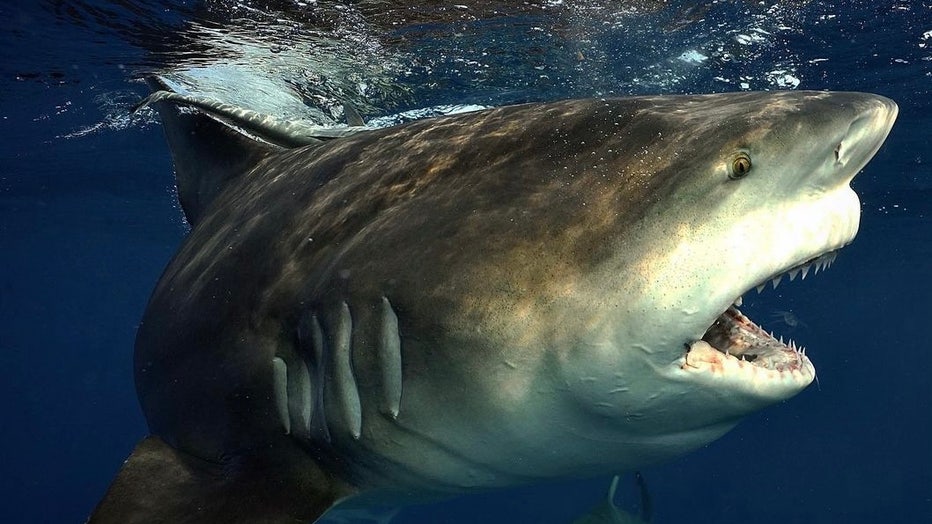 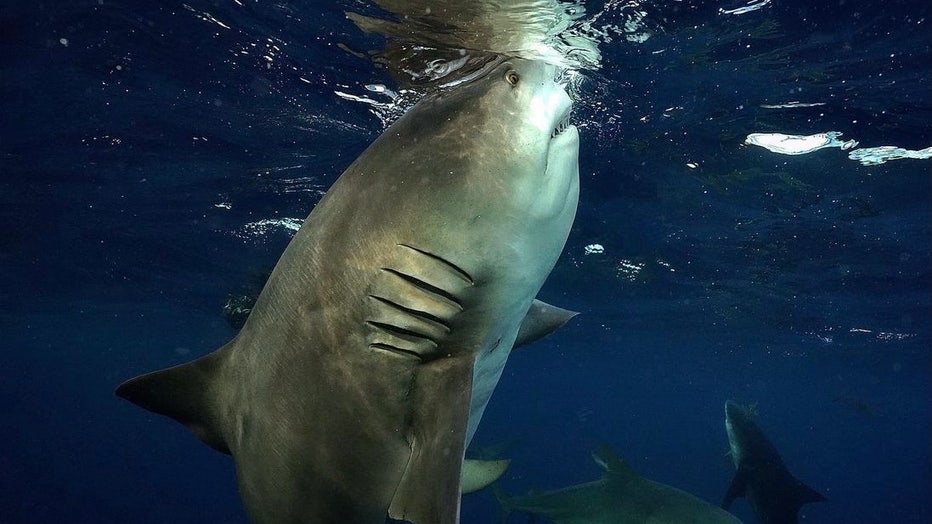 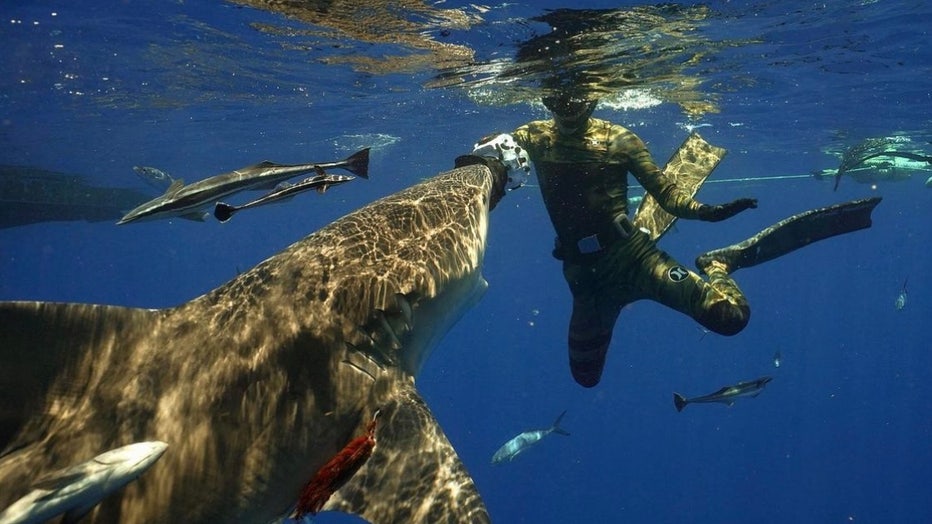 According to the Florida Fish and Wildlife Conservation Commission, bull sharks can grow to a maximum size of about 11 feet. It is one of the more dangerous shark species, accounting for the third-highest number of attacks on humans.

WATCH: Whale shark swims up to boat off Florida coast

A group of fishermen with Caladesi Fishing Charters were treated to a beautiful sight when a whale shark swam up to their boat off the coast of Clearwater Beach.

It took about 20 minutes but two Florida fishermen reels in a 7-8 foot bull shark on a beach in Naples. (Credit: Bruce Mccomas)

The great white shark was recently caught by a specialized fishing charter in Florida. The catch was documented in a YouTube video uploaded by Big John Shark Fishing Adventures.