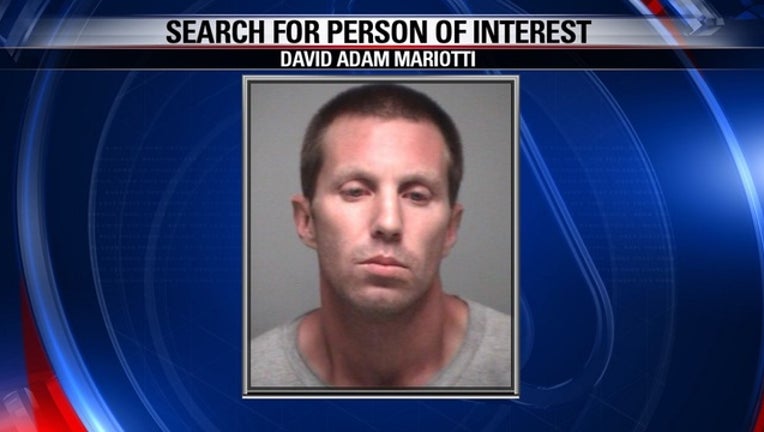 LEESBURG, Fla. (WOFL FOX 35) - Leesburg Police have a new person of interest in the case of a missing elderly woman believed to be dead.

The search for Bernadine Montgomery, 84, is a homicide case.

Police found her car, but the search for her body is on-going.

Tuesday, investigators named David Mariotti, 34, of Fruitland Park, as a person of interest in the case.

He's wanted on unrelated charges out of Lake County.

Investigators haven't said why they want to talk to him or what role he could have played in Montgomery's disappearance.

Mariotti was arrested in June on drug charges and has a lengthy arrest record.

Police say Montgomery was last seen at her Palmora Boulevard home back on June 15.

Her car was found abandoned at nearby Ski Beach.

If you think you recognize Mariotti or might know where he is, call Leesburg Police.