An independent autopsy confirmed that a Grand Rapids police officer shot Patrick Lyoya in the head.

GRAND RAPIDS, Mich. (FOX 2) - An independent autopsy performed on Patrick Lyoya showed that he was killed by a gunshot to the back of the head.

Dr. Werner Spitz was retained by attorneys Ben Crump and Ven Johnson to perform an autopsy after 26-year-old Lyoya was shot and killed by a Grand Rapids police officer on April 4.

Spitz has worked on cases such as the assassination of President John F. Kennedy and the murder of Jonbenet Ramsey. 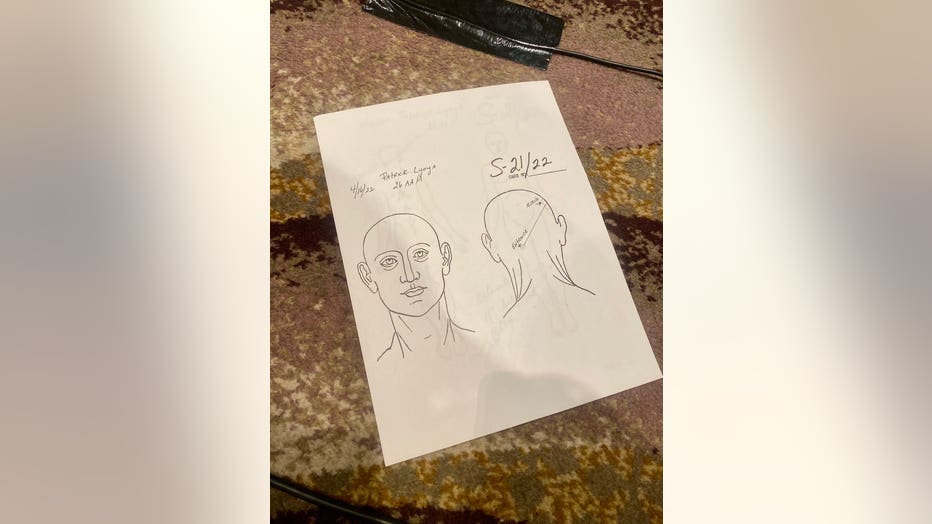 According to Spitz's report, the bullet "entered the back of his skull near the midline. The bullet traveled up and to the right side of his skull and lodged near his right temporal bone."

Spitz said he believes the gun was pressed against Lyoya's head because the bone was fragmented.

"The only injury on this body was a typical bullet wound of entrance," he said. "He was fully aware at one point, or over periods depending on what transpired before that gun being held to his head."

Kent County has also performed an autopsy on Lyoya, but those results haven't been revealed.

The independent autopsy confirmed that Lyoya was shot in the back of the head after video showed the police shooting.

Police released four different angles of footage from the shooting – video from a body cam, a surveillance camera, a patrol vehicle camera, and a cell phone.

Lyoya was pulled over on Griggs near Nelson because the license plate on his car didn't belong to the vehicle, police said.

During the encounter with the police officer who has not been named since he hasn't been charged, Lyoya ran around his car and into a yard. The officer chased him, and a struggle ensued.

In the videos, the officer can be heard telling Lyoya to let go of his Taser.

Eventually, the officer got Lyoya on the ground. While on Lyoya's back, the officer pulled out his back and shot him.

David Robinson, an attorney and former Detroit police officer, believes the killing was not justified.

Grand Rapids officials said they released shooting video to be transparent. The shooting is under investigation by Michigan State Police.

More: What charges the Grand Rapids police officer could face

Lyoya's death has led to protests, calls for justice, and questions about how the officer could have handled the situation differently.