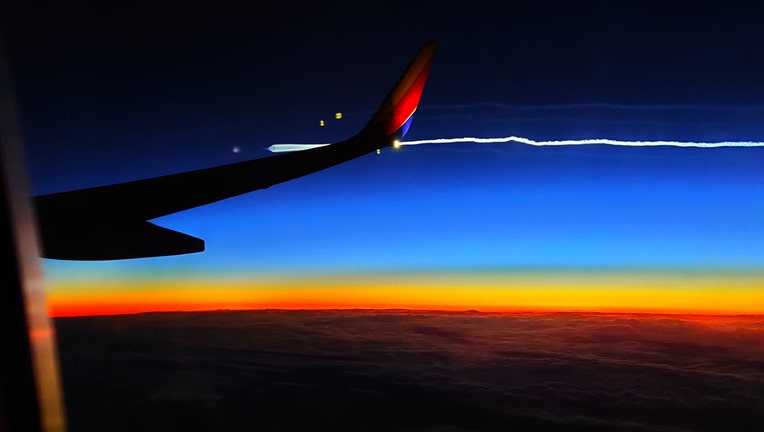 ORLANDO, Fla. - If you thought watching a launch from Cape Canaveral was cool, check this out.

Xavier Cummings was on an early Friday morning Southwest flight from Orlando to Atlanta when he snapped an amazing photo of Boeing's Starliner spacecraft as it raced through the sky following its historic launch.

"This is the coolest thing I have ever seen," he wrote on Facebook. "Rocket launch this morning from 30,000 feet while over Jacksonville."

The photo shows the morning sunrise in the distance as the rocket's contrail streaks across the brillant blue sky.

"It was amazing to see up in the air," Cummings told FOX 35 News. "I work at Kennedy Space Center as a project manager and launches are surreal. This one takes the cake."

Boeing's Starliner made a historic launch at 6:36 a.m. from Cape Canaveral Friday morning, but experienced an issue while in flight.

A half-hour into the flight, Boeing reported that the capsule didn’t get into the right orbit to reach the space station. The capsule is still in space and will be brought back to Earth, landing in New Mexico as early as Sunday.