An Osceola County sheriff's deputy, who in a viral video appears to be slamming a student to the ground and handcuffing her, has been placed on paid leave pending an investigation.

ORLANDO, Fla. - Osceola County Sheriff Lopez on Wednesday said he has handed over the case to the Florida Department of Law Enforcement (FDLE) and wants to ensure there is a transparent investigation separate from his agency because he knows emotions are high.

"The juvenile is fine. We’re flooded with these questions. The deputy’s also fine. He sustained some injuries when he hit the ground," the sheriff said during a news conference.

Investigators said the incident caught on video by a student n the crowd started in a hallway between classes. The deputy was trying to stop the student from fighting with someone else, according to the sheriff.

"It was a disruption of a school function. The student was not complying with lawful commands, she went after another student and from there it excelled." The tense situation spilled outside to a walkway, where a crowd of students gathered.

Student Canyon Rowley said, "She was attacking someone else and they had finally gotten her to calm down. And then she ran back at the person she was attacking."

School resource officer Ethan Fournier, who works for the Sheriff's Office and not the school district, is on paid leave while the FDLE investigates. 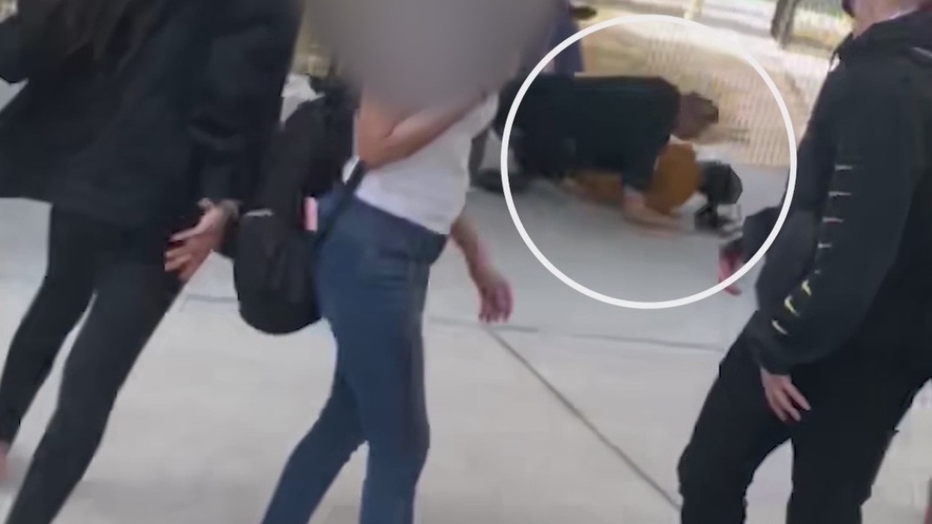 "We remove this burden off us and pass this on to a higher authority to ensure no one says that we’re looking out for our own," Sheriff Lopez said, adding that there is "absolute zero tolerance of use-of-force by any of our deputies."

"I don’t know the whole story, but I really don’t want anyone to be hurt there," said parent William Rowley.

Sheriff Lopez said Fornier has been with the agency for 10 years and has had one prior complaint involving property damage.