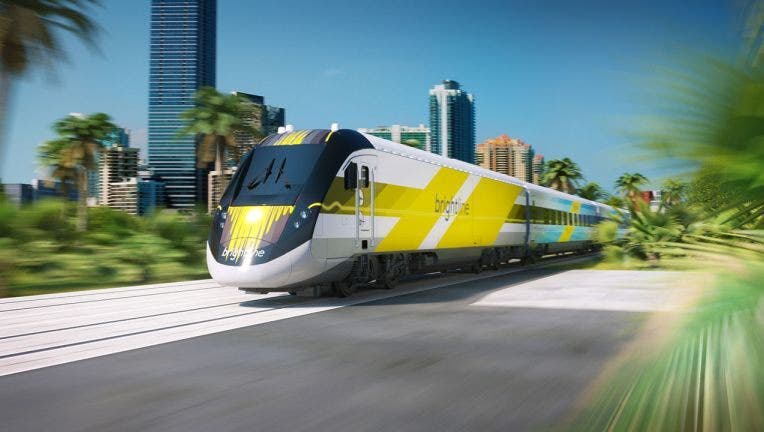 MIAMI (AP) - Authorities say a Brightline train killed a man who walked onto the tracks, raising the toll of deaths since the Florida higher-speed passenger trains resumed operations.

The Palm Beach Post reported that police in Delray Beach said the man stepped in front of the moving train. They believed it was a suicide.

Saturday’s death was at least the tenth involving Florida’s privately-owned passenger railroad since operations resumed in November after an 18-month shutdown caused by the pandemic. It’s the 58th since Brightline began test runs in 2017, giving it the worst per-mile fatality rate in the nation, according to an ongoing Associated Press analysis that began in 2019.

Hallandale Beach police say a pedestrian was hit while attempting to cross the tracks about Tuesday evening. On Wednesday morning, a driver was caught seemingly going around the gate and into the train’s path. The Palm Beach County Sheriff’s Office said it was possible the driver did not see the Brightline train coming as another train going on the other direction had just cleared the crossing on parallel tracks. The collision split the car in two and the driver was hospitalized with serious injuries, the sheriff’s office said.

Last Sunday, another driver was killed after going around a crossing gate.

Investigators have so far determined that many train deaths were either suicides or drivers or pedestrians trying to beat the trains. The trains travel up to 79 mph (127 kph) through densely populated urban and suburban areas along about 70 miles (112 kilometers) of track between Miami and West Palm Beach that it shares with the Florida East Coast freight line.

The company is close to finishing an extension that will connect West Palm Beach and Orlando, and has plans to eventually connect Orlando with Tampa.