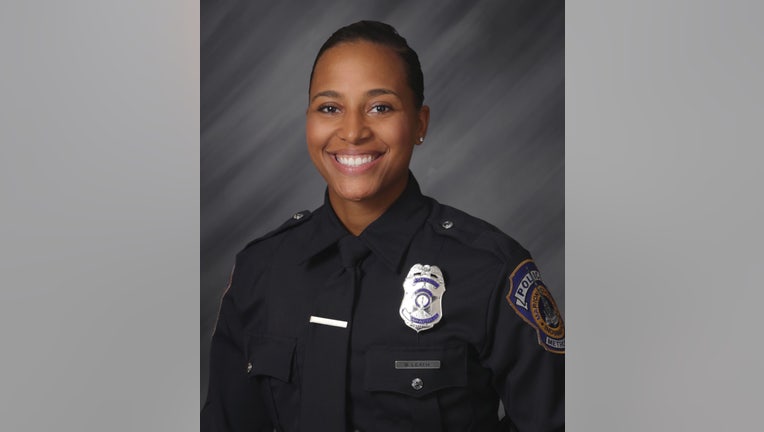 INDIANAPOLIS - An Indianapolis police officer was shot and killed Thursday while responding to a domestic violence call, authorities said.

A suspect was taken into custody, said Deputy Police Chief Chris Bailey. A female civilian also was shot, he said.

“Officer Leath turned toward the danger,” Mayor Joe Hogsett said at a news conference outside the hospital.

Hogsett directed that flags be lowered to half-staff across the city.

“Officer Leath gave her life as she answered the call of duty,” Holcomb said. “She will be forever remembered for being the finest among us.”

Bailey said Leath had been on the force 2 1/2 years. She was among three officers who responded to the call, Bailey said.