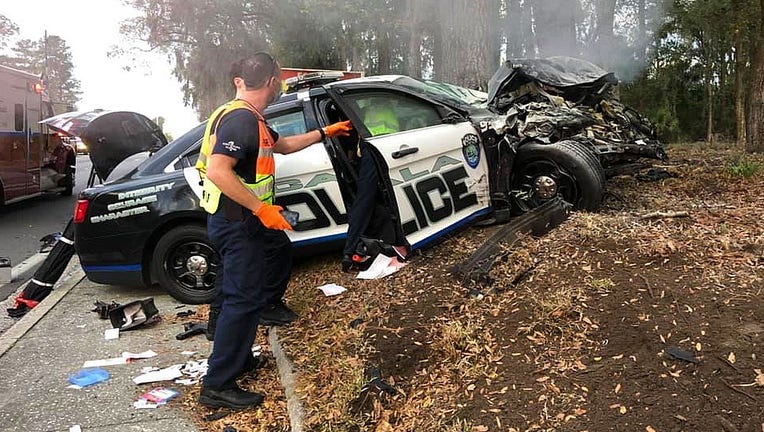 Officer Jordan Pagano has has his license suspended and fined for his involvement in a crash.

LAKE MARY, Fla. - A Central Florida police officer will have his license suspended and pay a fine after he was involved in a crash.

FOX 35 News has confirmed Ocala Police Officer Jordan Pagano's license has been suspended for three months, and he has been fined $856 for the crash.

Investigators said on Feb. 26, 2021, Pagano was in his patrol car traveling 75 mph in a 45 mph zone when he crashed into another vehicle at SE 17th St. and SE 22nd Ave.  The driver of the other car suffered a broken pelvis and broken ribs.

Pagano pleaded no contest to unlawful speeding in June.