The FOX 35 Storm Team is tracking three areas for potential development in the Atlantic Ocean.

ORLANDO, Fla. - The tropics are heating up with the National Hurricane Center (NHC) monitoring three systems, all of which could possibly develop into tropical depressions over the next few days. Track the tropics in real-time with the FOX 35 STORM TEAM WEATHER APP.

The first is a tropical wave located several hundred miles east of the Lesser Antilles. The NHC says additional gradual development of this system is expected and a tropical depression is likely to form within the next couple of days.

"The disturbance is forecast to move slowly toward the west-northwest, toward the adjacent waters of the northern Leeward Islands." As of Wednesday morning, the chances of development over the next five days are at 80%. 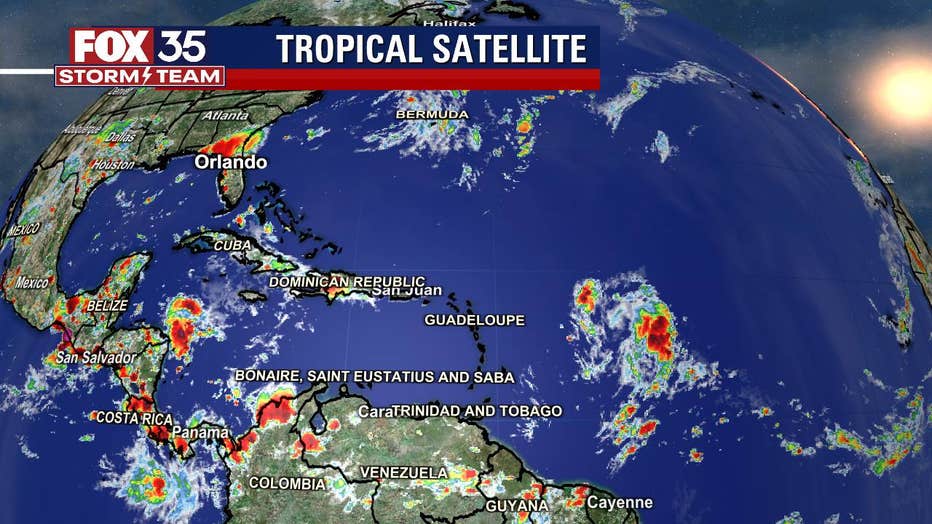 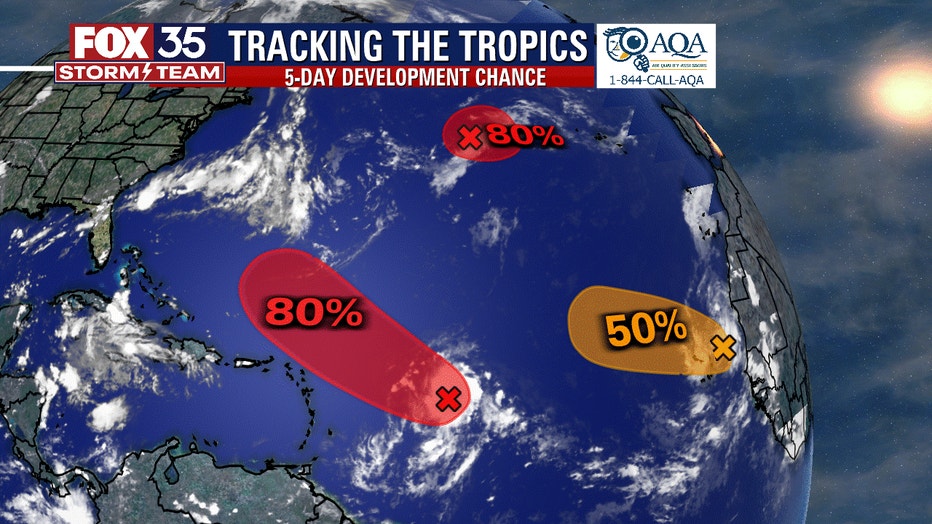 A second system being monitored is another tropical wave located between the west coast of Africa and the Cabo Verde Islands that is producing disorganized showers and thunderstorms. Forecasters say the system could become a short-lived tropical depression over the far eastern Atlantic during the next couple of days.  However, by late this week, environmental conditions are forecast to become increasingly unfavorable for further development. Chances of development are at 50% over the next five days.

The third area of low pressure is expected to form within the next day or so along a decaying frontal zone over the central subtropical Atlantic. The hurricane center says some development is expected and a tropical or subtropical depression could form later this week while the system drifts generally eastward. The chances of formation over the next five days is at 80%.

If any of the systems develop into tropical storms, the next name on the list is Danielle.

The FOX 35 Storm Team continues to watch long-range models. Remember to stay alert as we approach the peak of the hurricane season on September 10th.