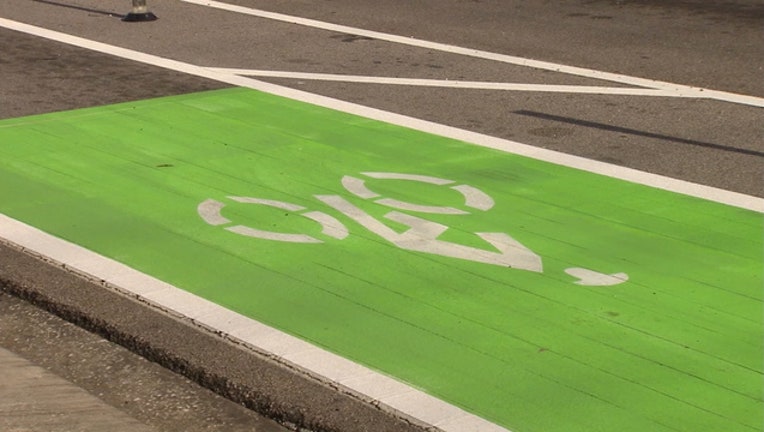 The bike lanes were installed to help improve safety and cut down on bicycle related traffic accidents. Instead, it’s creating commuter gridlock that has residents ready to rally the city to have them removed.

That’s just one of the slogans shinning on this billboard calling out the traffic nightmare.

“One is welcome to the Hour Drive District, because it’s a play-off of Hourglass District,” Suttle said.

During peak rush hours, red brake lights are the only constant in this stretch of Curry Ford Road as cars squeeze into fewer lanes to make room for these large bike paths.

“People aren’t using them and cars are driving down it because people are mistaking it for a drive lane,” Dave Blackwood said.

One car did just that while FOX 35 was recording at the intersection on Bumby Avenue.

Businesses like Clemons Produce are also feeling the holdup and it’s hitting them in the pocketbook.

“Business dropped off from day one,” Shellhammer said.

The City of Orlando touted earlier this month that the road changes are a way to increase safety for motorists and pedestrians.

“I think, whether this works out great or if it works out ok it’s a positive for people,” Christopher Cairns of the City of Orlando Transportation Engineering Department said.

And while the bike lane installation is only temporary and will be converted back to its original state in four weeks.