LOS ANGELES - Netflix on Friday released a study it commissioned from top academic researchers that shows the streaming giant is outpacing much of the film industry in the inclusivity of its original films and television series.

For years, academic studies have sought to capture inequalities in Hollywood and to hold studios accountable for making film and television that doesn't reflect American demographics. Those studies have generally relied on box-office or ratings data, often leaving out streaming platforms.

Netflix is trying a different route with both more transparency and more company control. The streamer commissioned the USC Annenberg Inclusion Initiative to analyze its 2018 and 2019 original, live-action films and series, and presented the results to members of the press Thursday in a video presentation. The results were, as Annenberg Inclusion Initiative founder and director Stacy L. Smith noted, far more positive than most Annenberg reports, which have typically found only slow, sporadic improvement in the most popular films.

Netflix achieved roughly gender parity among lead characters in both film (48.4% of leads were female) and TV (54.5%) in 2018 and 2019. The study covers a total of 126 movies and 180 series. It does not include documentary or unscripted series or films, animation, international productions or content hosted on Netflix that it did not itself produce. 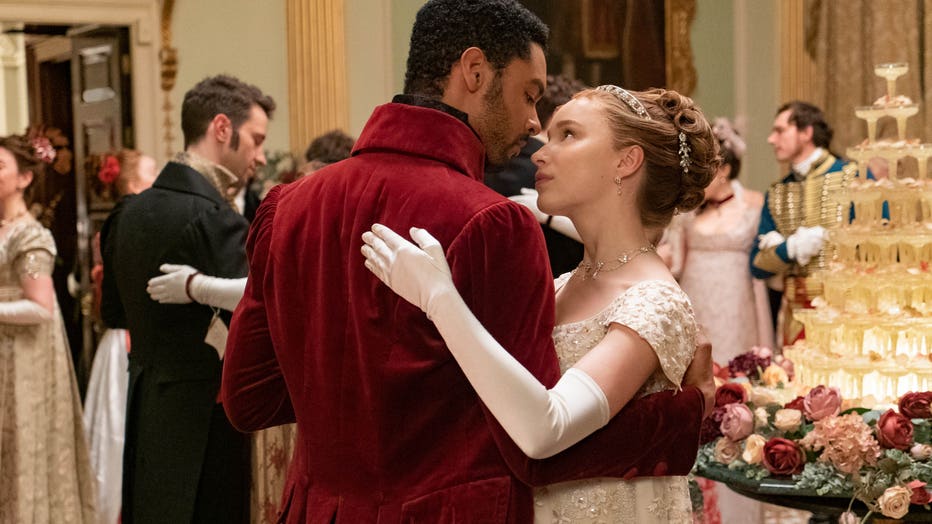 Netflix films were more likely to have women directing (23.1%), writing (25.2%) or producing (29%) than the top-grossing movies of 2018 and 2019. The correlation isn't a perfect one since Netflix releases both large and small budget films whereas the majority of top movies at the box office come from higher-priced productions.

In Netflix films and series, 31.9% of leads were from underrepresented racial and ethnic groups. That trails demographics (about 40% of the U.S. population according to census data) but Netflix showed marked improvement between 2018 (26.4%) and 2019 (37.3%).

"The point of this benchmark is to constantly be held accountable," said Scott Stuber, vice president of global film. He said 2020 films like "Ma Rainey's Black Bottom," "Da 5 Bloods" and "Old Guard" show Netflix is still progressing. "But the whole auspice here is not to pat ourselves on the back. It's to say publicly here's what we're trying to accomplish and we're going to be held accountable," he said.

The study will continue for the next six years. It's a level of transparency that traditional studios, and other streaming companies, haven't before embraced. In a blog post Friday, Netflix chief executive Ted Sarandos said he hoped the move would spur wider change.

"By better understanding how we are doing, we hope to stimulate change not just at Netflix but across our industry more broadly," wrote Sarandos.

Smith didn't respond to questions about Netflix's conditions for the study, or how much the company paid for it.

Last month, Netflix released its first inclusion report, showing that 47% of its global workforce is female and 46% of its U.S. employees are from underrepresented racial or ethnic groups.

Not all of the findings were positive. Speaking characters in Netflix movies were disproportionately male (about 64%). Only 16.9% of film directors were from underrepresented racial or ethnic groups, and the figures on film producers and screenwriters weren't any better. Among series creators, only 12.2% were from an underrepresented racial or ethnic group. Latino representational lagged especially, accounting for just 4% of film leads and 1.7% of series leads. LGBTQ leads were featured in only 2.3% of Netflix films and series, though 12% of the U.S. population identifies as LGBTQ.

Stuber and Bela Bajaria, vice president of global series, said the results show Netflix where it needs work. But citing that Netflix improved from 2018 to 2019 in nearly all metrics, Smith praised the company for making inclusivity central in its operations.

"If we are making a show that another studio is producing and we’re doing it from the beginning, from episode one, we have all of the discussions," said Bajaria. "How many people of color are directing? How many women are directing? Who’s in the writers’ room? We have those conversations all the time."

Bajaria said Netflix has benefited from not having just a few token non-white series but a pipeline full of diversity. "More at-bats" for minority creators, she said. She cited shows like the Shonda Rhimes-produced "Bridgerton" and the Spanish language "La Casa de Papel" ("Money Heist") as examples of how Netflix is remaking what's traditionally been a success.

"We have big hit shows that don’t look like what you’d expect or maybe what the system has always told you," said Bajaria. "I do feel like for us, it’s having way more stories than the one failure."

Netflix also said it will create a fund of $100 million to bring more underrepresented groups into film and television. The Netflix Fund for Creative Equity will be distributed within initiatives at Netflix and in organizations outside the company over the next five years.