LOS ANGELES - Having a "pawsome" day? It’s about to get better, because March 23 is National Puppy Day, and to celebrate, the company Top Data has revealed some doggone fantastic facts you may not know.

According to the consumer insights company, the team collected data from 500,000 adopted dogs, utilized Google Search traffic volume and surveyed 1,000 dog owners across the U.S. to figure out the top dog names and adopted breeds by state. The company also revealed what the biggest puppy-loving states across the nation are.

Most popular puppy names by state

Max ranked the most popular dog name in 18 states, while Bella came in a close second place with 15 states.

The name Buddy was also a top-dog contender with the name landing in the top position in 12 states.

Most adopted breeds by state

Labradors and Chihuahuas proved to be the most popular breeds adopted, coming on top in almost every state. 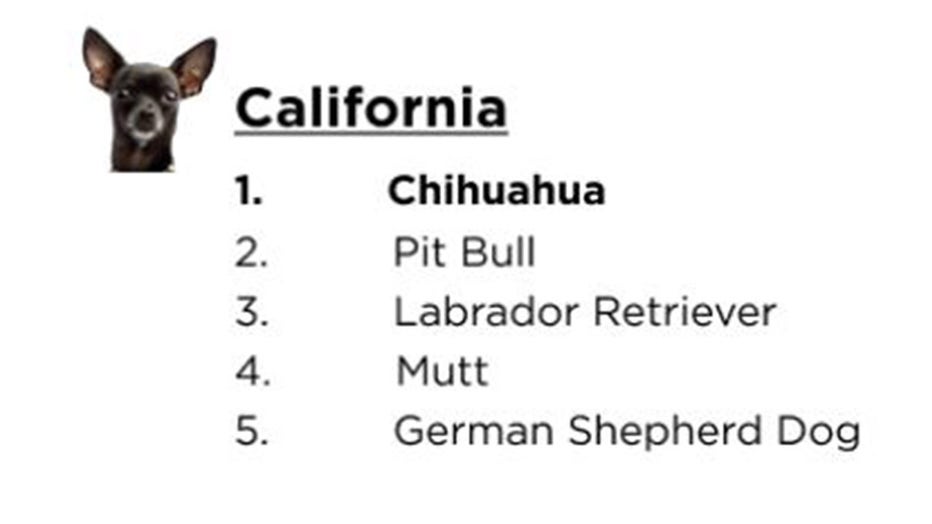 However, there was one outlier in the pack.

In Washington D.C., the most popular adopted breed was the Yorkshire Terrier.

Top Data also analyzed puppy adoption levels prior to and during the COVID-19 pandemic and ranked the states based on the number of people per capita who were looking to adopt a dog. 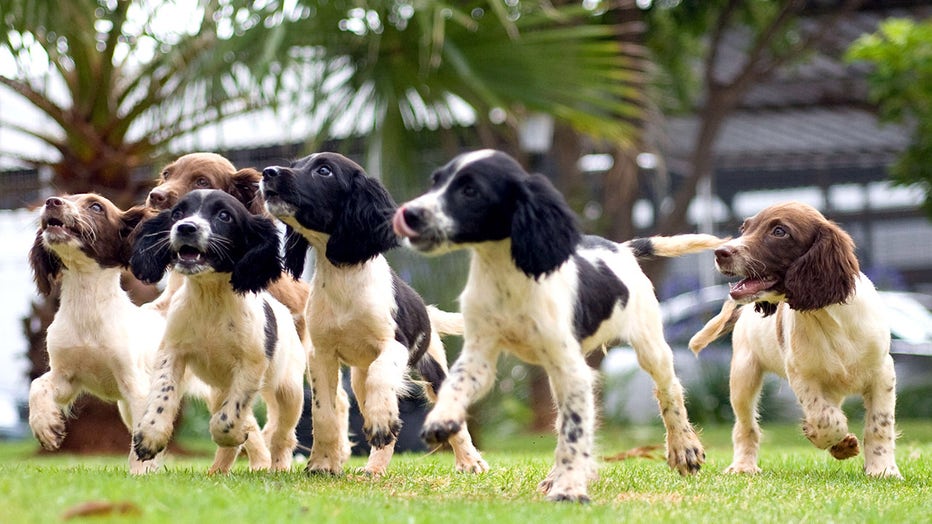 According to the company, the extra time people have been spending at home during the pandemic contributed to a spike in puppy adoptions across the country in February 2022. 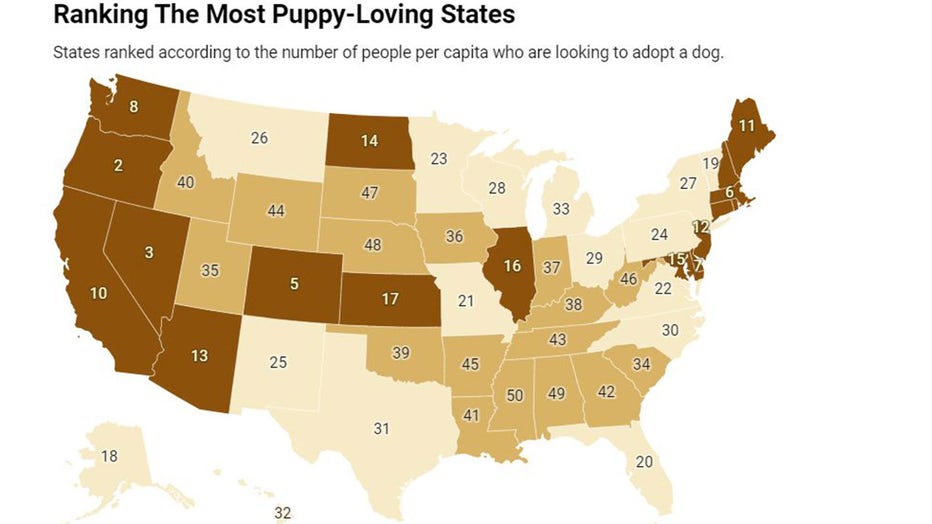 "Whether it’s to combat feelings of loneliness or just the result of having more free time to invest in caring for a pet, Americans have been turning to puppies for comfort," Top Data wrote.

The researchers found that the beginning of 2022 represented a 12% increase in puppy adoption compared to the last two months of 2021.

New Hampshire came in as the most puppy-loving state, followed by Oregon in second and Connecticut in third. Those in Mississippi showed the least interest in adopting a puppy since the onset of the pandemic.

Earlier this month, Names.org also revealed its predictions for top baby names this year — and there were definitely a few surprises.

The name Liam topped the names list for boys — and the organization predicted that 18,960 babies would be named Liam in 2022. The names Theodore and Mateo came just outside the top 10 results and were rising in popularity.

The name Camila was listed just outside the top 10 list and was also rising in popularity. Names.org said it’s likely the name will be in the top 10 list in the coming years.