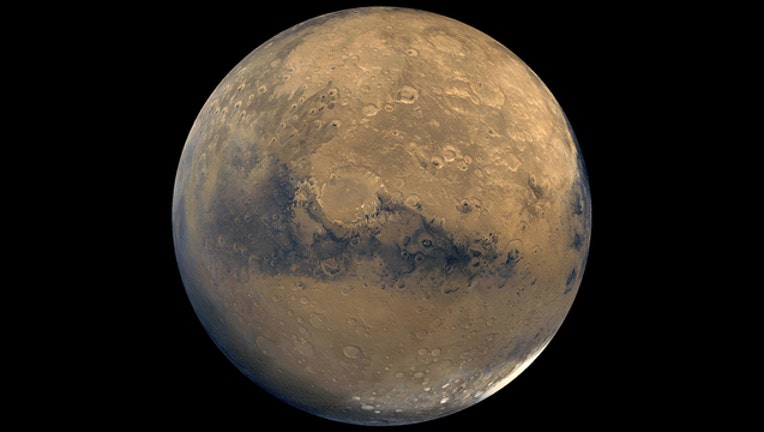 NASA needs to get cracking if it wants to keep its astronauts alive and well on missions to Mars, according to an in-house report issued Thursday.

Among the top health hazards for three-year, round-trip Mars missions: space radiation that could cause cancer, central nervous system damage, cataracts or infertility; extreme isolation, which could lead to psychological problems; and prolonged weightlessness, already known to weaken bones, muscles and vision.

There's also the issue of limited amounts and types of medicine and food, the latter potentially leading to weight loss and malnutrition.

But Martin pointed out that the space agency is optimistic in thinking it can resolve all the issues by the 2030s.

"The agency still faces significant challenges to ensuring the safety of crew members on a human mission to Mars or deep space," the report concluded.

As such, the first astronauts who fly to Mars may need to accept even more risk than subsequent crews, according to the report.

Stalling the health-risk effort, in part, is the continuing uncertainty over the type of vehicles and habitats that will be used to carry astronauts into deep space, the report stated. NASA also needs to consolidate its expertise; right now, there's a lack of organization to manage crew health risks, the report noted.

NASA agreed with the conclusions.

To date, no American has spent more than seven months in space at a time. The Russians are the world's space endurance champions, but even they haven't ventured beyond 14 months for a mission.

Kelly is more than halfway through a one-year station stint, as is Russian cosmonaut Mikhail Kornienko. They won't be back on Earth until March.

On Thursday, Kelly told a TV interviewer that while it definitely feels like he's been up there a long time, "I'm pretty sure I'm going to get through it without much of an issue." He said he hopes his mission will help get astronauts to Mars.

Medical researchers expect to learn much from Kelly's flight. As a bonus, Kelly's identical twin, Mark, a retired astronaut, is submitting to testing so doctors can compare the results of the space and ground-based brothers.