Study: Narcissism may have protective benefits against stress and depression

Researchers found that sub-clinical narcissism leads to mental toughness, which can help protect against stress and depression.

BELFAST, Ireland - Narcissism — one of the three malevolent personality traits which comprise the “dark triad” in psychology — may actually have certain protective benefits against stress and depression, according to research from two studies out of the School of Psychology at Queen’s University Belfast in Northern Ireland.

There are two distinct types of narcissism — grandiose versus vulnerable — and the recent findings show that it’s sub-clincal grandiose narcissism that leads to mental toughness with protective benefits.

“Individuals high on the spectrum of dark traits, such as narcissism, engage in risky behaviour, hold an unrealistic superior view of themselves, are overconfident, show little empathy for others, and have little shame or guilt,” explained lead researcher, Dr. Kostas Papageorgiou, who is an assistant professor of psychology and director of the InteRRaCt lab in the School of Psychology at Queen's University Belfast.

“However,” continued Papageorgiou, “what this research has questioned is – if narcissism, as an example of the dark tetrad, is indeed so socially toxic, why does it persist and why is it on the rise in modern societies?”

With the rise of social media and the selfie generation has come a contentious debate around the narcissism of millennials — a topic which has been explored in countless studies, publications and every sort of discussion in between.

To be clear, this kind of narcissism isn’t the same level as that which affects people diagnosed with Narcissistic Personality Disorder (NPD), a clinical disorder that causes a slew of problems in all areas of life, such as relationships, work, school and financial affairs.

According to the Mayo Clinic, NPD is “a mental condition in which people have an inflated sense of their own importance, a deep need for excessive attention and admiration, troubled relationships, and a lack of empathy for others. But behind this mask of extreme confidence lies a fragile self-esteem that's vulnerable to the slightest criticism.”

The kind of grandiose narcissism that Papageorgiou and his team analyzed exists on a less-extreme end of the narcissism spectrum — which we all fall on to some degree. The Narcissistic Personality Inventory is a survey designed to measure narcissism on a 0-40 numeric scale for psychological research, and most people who complete it will fall somewhere in the teens. 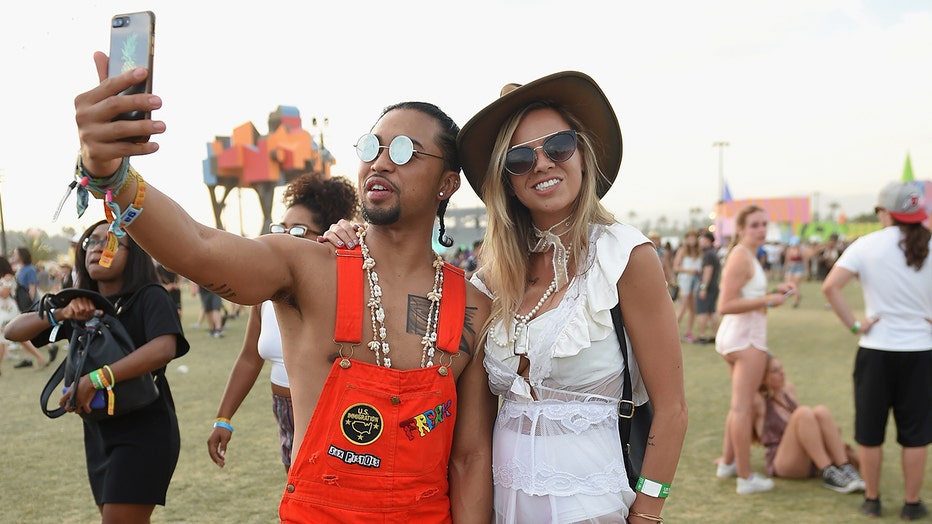 Festivalgoers pose for a selfie at Coachella Music and Arts Festival 2017. Such expressions of self-confidence have been labeled narcissism by some, but new research argues there are benefits to sub-clinical narcissism. (Matt Winkelmeyer/Getty Images for Coachella)

Papageorgiou and his team wanted to explore whether there was any benefit to the rise in sub-clinical narcissism.

“The results from all the studies that we conducted show that grandiose narcissism correlates with very positive components of mental toughness, such as confidence and goal orientation, protecting against symptoms of depression and perceived stress,” Papageorgiou explained. “This research really helps to explain variation in symptoms of depression in society - if a person is more mentally tough they are likely to embrace challenges head on, rather than viewing them as a hurdle,” he added.

Some psychologists who work closely with the clinical side of narcissism say that we need to be careful about how we interpret such findings, arguing that framing narcissism as a positive trait is a slippery slope.

"I really believe these conclusions need to be taken with caution," Ramani Durvasula, a licensed clinical psychologist who treats people with NPD told CNN Health. "Perhaps grandiose narcissists are so good at protecting themselves with defenses that it does shelter them against stress and negative mood states, but remember the real toll of narcissism, the terrible way they treat everyone else."

Papageorgiou acknowledges that “of course not all dimensions of narcissism are good,” but he does believe negative personality traits on a sub-clinical level exist in a gray area.

“Dark traits, such as narcissism, should not be seen as either good or bad, but as products of evolution and expressions of human nature that may be beneficial or harmful depending on the context,” Papageorgiou says.“This move forward may help to reduce the marginalisation of individuals that score higher than average on the dark traits. It could also facilitate the development of research-informed suggestions on how best to cultivate some manifestations of these traits, while discouraging others, for the collective good.”

Narcissism has been a major focus of Papageorgiou’s research, and his findings have been consistent across different study methods and participant groups.

In a 2018 study examining the potential effect of narcissism on school performance, Papageorgiou found a positive association between increased sub-clinical narcissism and increased achievement in school.

"Being confident in your own abilities is one of the key signs of grandiose narcissism and is also at the core of mental toughness," he said. "If a person is mentally tough, they are likely to embrace challenges and see these as an opportunity for personal growth."

Some psychologists argue that the traits Papageorgiou is analyzing don’t necessarily equate to narcissism and should be categorized more along the lines of healthy self-esteem, but Papageorgiou wants us as a society to reconsider how we view narcissism.

"We perceive emotions or personality traits as being either bad or good but psychological traits are the products of evolution; they are neither bad nor good – they are adaptive or maladaptive," Papageorgiou said. "Perhaps we should expand conventional social morality to include and celebrate all expressions of human nature."