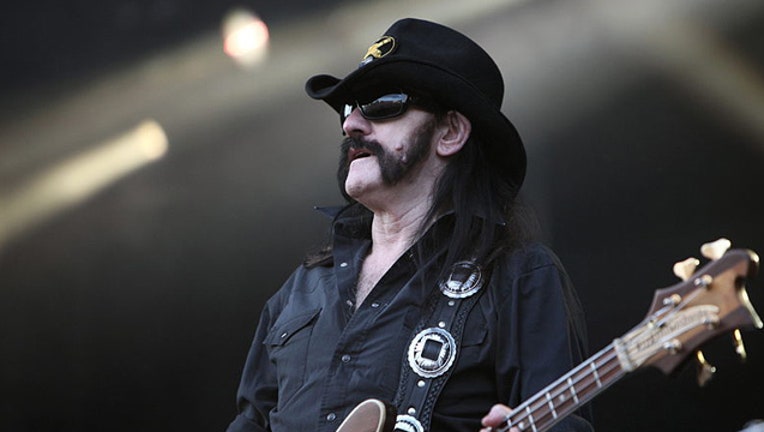 LOS ANGELES (AP) — Lanky and long-haired, with mutton chops and moles, Ian "Lemmy" Kilmister looked and lived like a hard-rock hero. He founded Motorhead in 1975, and continued recording and touring with the band until his death.

He began every legendary live show with the announcement, "We are Motorhead, and we play rock and roll!"

The singer and bassist died Monday at age 70 after a brief battle with aggressive cancer, said his agent Andrew Goodfriend. Kilmister had learned of the diagnosis just two days earlier, according to a statement from the band, and he had also suffered several other health issues in recent months.

"We cannot begin to express our shock and sadness, there aren't words," the band said in announcing the death on its Facebook page. "Play Motorhead loud, play Hawkwind loud, play Lemmy's music LOUD. Have a drink or few. Share stories. Celebrate the LIFE this lovely, wonderful man celebrated so vibrantly himself. HE WOULD WANT EXACTLY THAT."

Born on Christmas Eve, 1945, in Staffordshire, England, Kilmister was deeply respected and revered as a rock master and innovator, from his time with the seminal psychedelic band Hawkwind in the early 1970s to his four decades in Motorhead, best known for the 1980 anthem "Ace of Spades." The band won a Grammy for 2004's best metal performance.

Ozzy Osbourne called him "one of my best friends."

"He will be sadly missed," Osbourne wrote on Twitter late Monday. "He was a warrior and a legend. I will see you on the other side."

Metallica tweeted: "Lemmy, you are one of the primary reasons this band exists. We're forever grateful for all of your inspiration."

In a Tuesday statement, Alice Cooper called Kilmister "one of the most beloved characters in rock'n roll. I can't think of anyone who didn't adore Lemmy; you can't say 'heavy metal' without mentioning Lemmy."