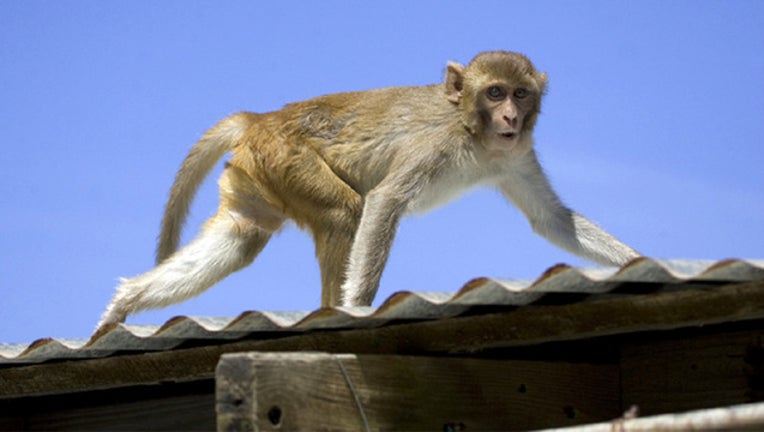 News outlets report that Brian Pritchard of Ocala says troops of rhesus monkeys swarm his property two times a day to swipe food in a feeder meant for deer. Cameras he set up to photograph the deer instead captured pictures of dozens of monkeys. He has counted as many as 50 monkeys at a time.

Pritchard says the primates have eaten 250 pounds of food in recent days.

Officials say the monkeys probably came from Silver Springs State Park about 4 miles away. The park recently shut down two areas because of increased monkey presence. It's estimated that 200 monkeys live in the park, but many are seen beyond its boundaries.

Pritchard says the monkeys appear to be organized and aggressive.