WASHINGTON - Senate Majority Leader Mitch McConnell, R-Ky., said in a statement Friday that a Supreme Court nominee by President Donald Trump will receive a vote on the floor of the Senate following news of Justice Ruth Bader Ginsburg’s passing.

Ginsburg died Friday of complications from metastatic pancreatic cancer, according to the court. The 87-year-old, who was the oldest sitting member on the court, was nominated by President Bill Clinton in 1993. She became known as a women’s rights champion and the leader of the court’s liberal wing.

Just 45 days until the election, Ginsburg’s death is bound to spark a battle in an already polarized political climate over whether Trump should nominate her replacement, and the Republican-led Senate confirm the nomination. 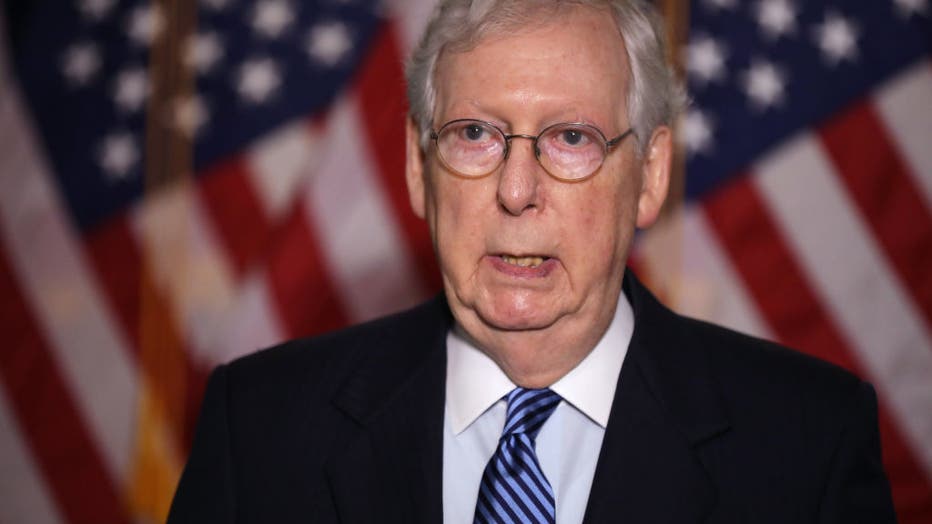 In the wake of her passing, Senate Minority Leader Chuck Schumer, D-N.Y., echoed Biden’s sentiment on Twitter and said vacancy should not be filled until there is a new president.

“The American people should have a voice in the selection of their next Supreme Court Justice. Therefore, this vacancy should not be filled until we have a new president,” Schumer said on Twitter.

Schumer's post on Twitter is the same statement that was made by McConnell following death of Justice Antonin Scalia in 2016, which was also an election year.

McConnell refused to act on President Barack Obama's nomination of Judge Merrick Garland to fill the opening, and the seat remained vacant until after Trump's election.

House Speaker Nancy Pelosi said Ginsburg’s replacement should have “commitment to equality, opportunity and justice for all.”

Last week, Trump added 20 names (https://www.fox10phoenix.com/news/trump-releases-list-of-20-possible-supreme-court-picks-including-tom-cotton-and-ted-cruz) to his list of Supreme Court candidates that he's pledged to choose from, which includes Republican Sens. Ted Cruz of Texas and Tom Cotton of Arkansas, Christopher Landau, the current ambassador to Mexico, and Gregory Katsas, a Trump nominee to the U.S. Court of Appeals for the District of Columbia Circuit, among others.