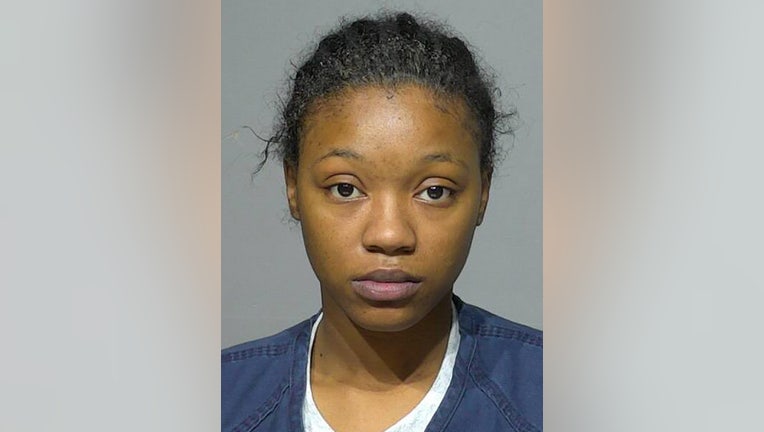 MILWAUKEE - A Milwaukee woman is charged with first-degree intentional homicide in the stabbing death of a 22-year-old man on the city's south side. The accused is Curtisha Adams, age 22.

According to the criminal complaint, police were dispatched to a residence near 10th and Greenfield on the city's south side early on Thursday, Feb. 10 for a report of a stabbing. Officers located the 22-year-old victim, who was taken to Froedtert Hospital where he was later pronounced deceased.

Officers on the scene located two women -- Adams and another woman. They both "reported that the victim 'showed up' at the residence and had been stabbed," the complaint says. But officers noted inconsistencies in the statements -- and asked for consent to search the residence. A short while later, detectives "located a silver knife with a black handle that appeared to have blood on and around the blade," the complaint says. Both women were taken into custody for questioning.

The complaint says Adams in a Mirandized statement told police she and the victim "got into a verbal argument that turned physical." Adams claimed the victim "pulled out a firearm and hit her on the head prior to her getting a knife." Adams also "said that she and (the victim) fought over the knife."

Adams made her initial appearance in Milwaukee County court on Monday, Feb. 14. Cash bond was set at $25,000. Adams is due back in court for a preliminary hearing on Feb. 21.