What does millennials’ support of boomer candidates mean in the 2020 presidential election?

Young voters ages 18-53 years old have turned out in higher numbers than ever before in the last few elections.

Higher turnout accounted for a significant portion of the increase, as millennials and members of Gen X together cast 21.9 million more votes in 2018 than 2014, according to the study. The number of eligible voter millennials and Gen Xers grew by 2.5 million over those four years, due to the number of people who naturalize as citizens exceeding the mortality rate. Members of Gen Z also cast 4.5 million votes, the study showed.

Turnout rates increased the most for the millennial generation, roughly doubling between 2014 and 2018 — from 22 to 42 percent, according to the study. 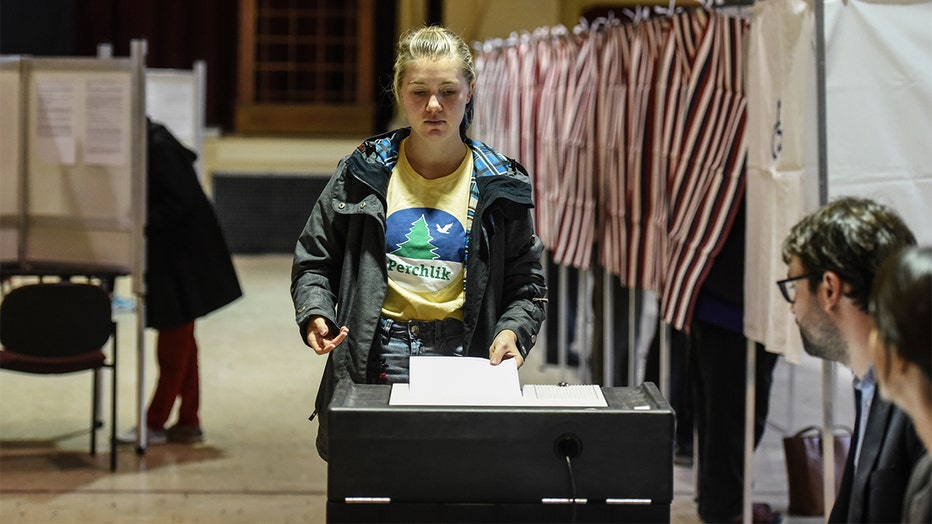 FILE: People stand at voting booths while casting their vote at the Montpelier Town Hall on Nov. 6, 2018 in Montpelier, Vermont. Turnout is expected to be high nationwide as Democrats hope to take back control of at least one chamber of Congress. (Ph

“Among Generation Z, 30% of those eligible to vote (those ages 18 to 21 in this analysis) turned out in the first midterm election of their adult lives,” the center said. “And for the first time in a midterm election, more than half of Gen Xers reported turning out to vote. While turnout tends to increase with age, every age group also voted at higher rates than in 2014, and the increase was more pronounced among younger adults.“

During the 2020 presidential election, those younger citizens will be casting their ballots for many candidates whom are over 70.

Sanders, a self-proclaimed democratic socialist at 78 years old, is the oldest candidate and a favorite among the younger crowd.

These voters cite Sanders’ authenticity and ability to speak to issues important to them, such as health care, affordable college, and climate change, as motivators to vote.

Sanders also has the endorsement of popular millennial politicians like Alexandria Ocasio-Cortez, who has a huge reach on social media with 6.1 million followers on Twitter.

Whether those millennial and younger voters will help put Sanders over the top toward the nomination is debatable.

But, there is no question they are a huge part of his base.

No candidate, no matter what age, can easily win without millennials on their side.

Though Sanders has a loyal following among young voters, he has yet to prove he can build a broader coalition.

Older voters, meanwhile, have shown interest in Pete Buttigieg, the 37-year-old former mayor of South Bend, Indiana. While Buttigieg’s moderate vision has appealed to older voters. it has been greeted with skepticism by many fellow millennials.

The Associated Press and Stringr contributed to this report.