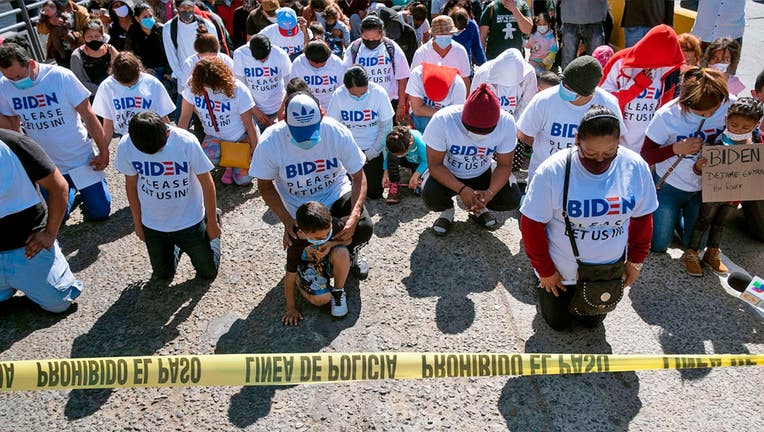 One apparent migrant held up a poster that read, "Biden, please let us in!"

Prospective U.S. residents and progressive Democrats are hoping the new president will implement more lenient immigration policies than former President Trump, though some politicians like Rep. Alexandria Ocasio-Cortez, D-N.Y., have expressed concern with Biden's use of migrant holding facilities at the border.

There has been a recent surge in the number of unaccompanied minors arriving at the U.S. border from Mexico, according to The Wall Street Journal, though the Biden administration has rejected the term "crisis" to describe the situation.

The president is working to process as many as 25,000 asylum seekers who were forced to wait in Mexico under the Trump administration's "Remain-in-Mexico" policy under the Migrant Protection Protocol (MPP) program. 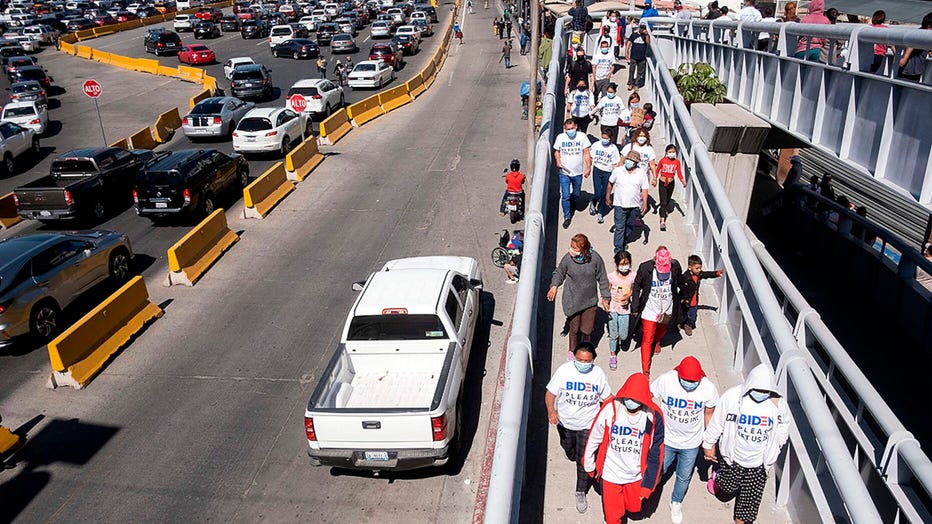 Biden has promised to accept more refugees into the country during his time in office and implement more "humane" policies, such as a proposal to pay for the transportation and health care costs of migrant families who were separated at the border under the Trump administration.

MORE NEWS: SUV in crash where 13 died came through hole in border fence

Congressional Democrats in February introduced Biden-backed immigration legislation that includes a path to citizenship for an estimated 11 million immigrants who are already residing in the U.S. illegally.

It also includes expanded distribution of automatic green cards to immigrants with Temporary Protected Status as well as Deferred Action for Childhood Arrivals (DACA) recipients and a plan to give $4 billion to Central American countries in an effort to target the "root causes" for migration into the U.S.