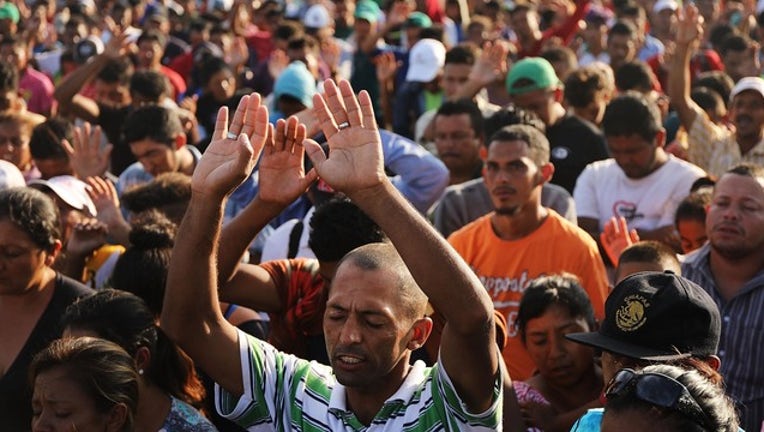 JUCHITAN DE ZARAGOZA, MEXICO - OCTOBER 30: Members of the Central American caravan react while listening to a meeting and spiritual service at an evening camp on October 30, 2018 in Juchitan, de Zaragoza, Mexico. (Photo by Spencer Platt/Getty Images)

MEXICO CITY (AP) - Mexico has agreed to a U.S. proposal to let third-country migrants remain in or be returned to Mexico while their claims for asylum in the United States are being processed.

The decision was a historic one for Mexico, which has traditionally refused to accept the return of any migrants who aren’t Mexican.

The administration of U.S. President Donald Trump has been struggling with an increase in asylum claims and limits on its ability to detain asylum seekers