Two men arrived at an anti-racism protest in Fallon, Nevada, on June 8 wearing white KKK hoods, one of them carrying a Trump flag. (Credit: Desiree Lynn via Storyful)

FALLON, Nev. - Anti-racism protesters were outraged when two men showed up to their demonstration donning a hood like that of the Ku Klux Klan.

Desiree Lynn captured footage on June 8 that shows them approaching the group.

One of them dressed in a white T-shirt and shorts, similar to the white robes historically worn by the Klan. The other draped an American flag and President Donald Trump’s campaign flag over his shoulder. 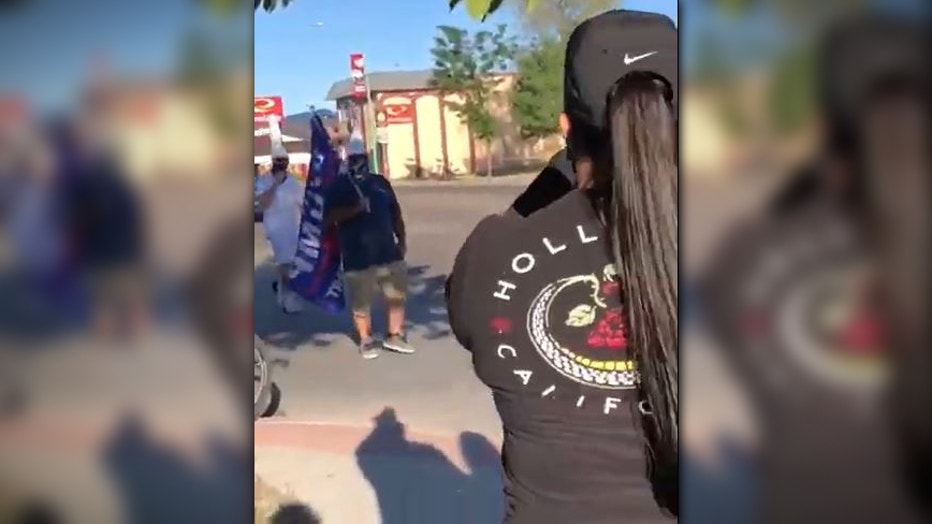 Nearby officers intervened and escorted them away before tensions escalated further. (Credit: Desiree Lynn via Storyful)

Onlookers shouted at the two men, making it clear they were not welcome.

Nearby officers intervened and escorted them away before tensions escalated further.

The KKK arose after the Civil War and terrorized black people for more than a century.