A 660 pound alligator is undergoing treatment at the University of Florida for a bone infection.

GAINESVILLE, Fla. - A 38-year-old alligator named Bob is on the mend thanks to a team of veterinarians at the University of Florida.

Bob was taken last week from his home at the St. Augustine Alligator Farm Zoological Park for an evaluation in Gainesville. His right rear leg had been hurting and the 660-pound (299-kilogram) reptile needed a medical exam.

Staff at the St. Augustine Animal Farm Zoological Park noticed he was limping.

“He went over there and got his exams. He had his doctor visit and then he came back here and he was back in his pond with all his buddies by the end of the day,” said Gen Anderson, with the park. 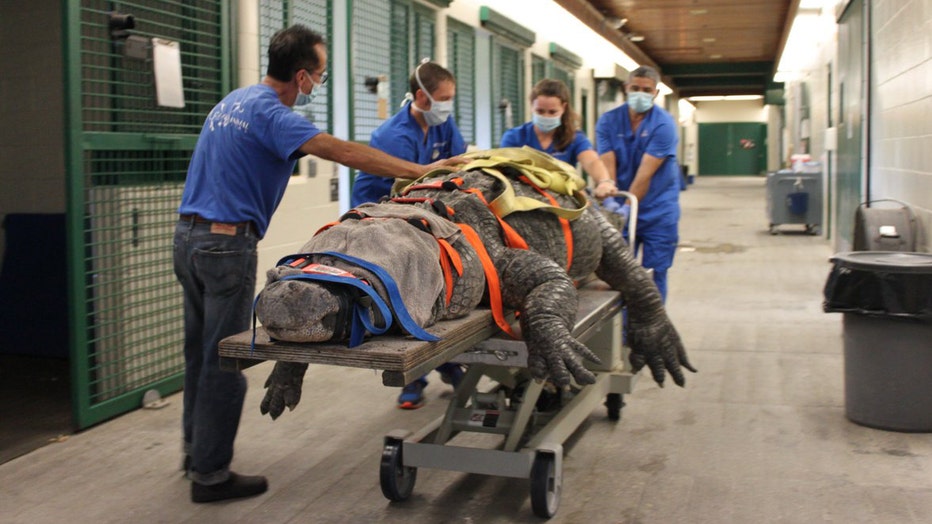 It took quite the effort to move Bob from St. Augustine to Gainesville. Staff at the alligator farm strapped the gator to a long wooden board, tied his jaws shut and covered his eyes with a towel.

Once Bob arrived at the University of Florida’s College of Veterinary Medicine, he was put on a gurney and took him for radiographs. 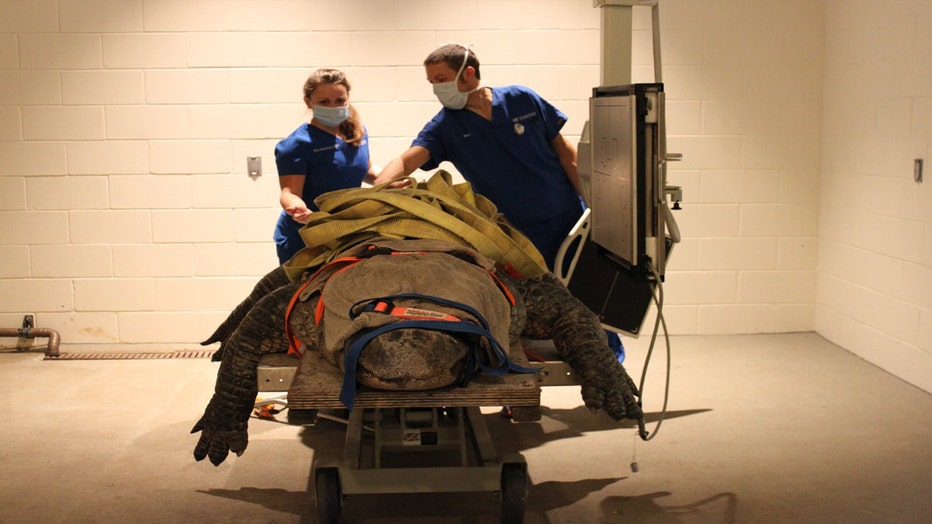 The veterinary school tweeted that the gator’s right rear leg is being assessed for a cause of lameness, and the preliminary evaluation showed evidence of osteomyelitis. The school’s zoo medical team will continue to monitor the gator’s progress.

Dr. Darryl Heard was one of the doctors that helped treat Bob.

He said they believe he has a bone infection. He said the massive reptile had to be mildly sedated but overall did well.

“I think he’s the biggest crocodile over at the vet school. We’ve had others, but not as big as Bob,” he said.