FALL RIVER, Mass. - A Massachusetts man says he has the answer for those singing the blues about stratospheric gas prices.

Rick Madeira, of Fall River, has taken to riding his electric unicycle to work, saving on gas and cutting his commute time in the process.

Madeira's Gotway Nikola Plus, with no seat or handle bars, just places for his feet, can go 70 or 80 miles (113 or 129 kilometers) on one charge and reaches speeds of up to 40 mph (64 kph), although he rarely goes that fast.

"It literally takes me four minutes to get to work, versus about eight minutes in a vehicle," he said. 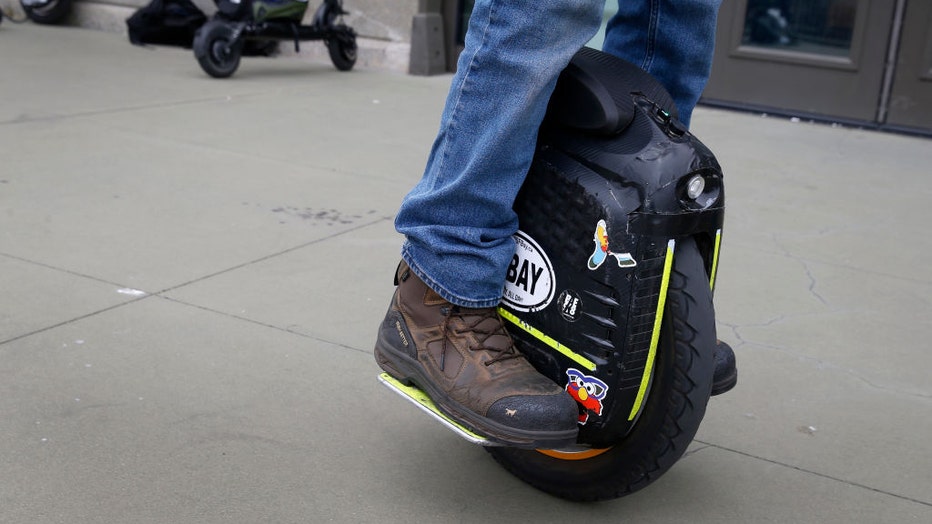 He’s allowed to ride on the sidewalk, but usually sticks to the road, keeping to the shoulder when possible. He can also move to the front of the line at red lights, like cyclists, he said.

His advice to those interested in buying an electric unicycle, which sell for more than $2,000: wear protective and reflective gear, and be respectful of pedestrians.