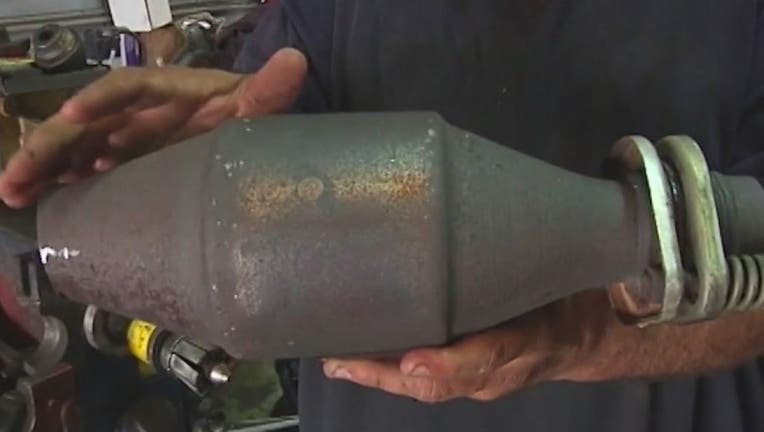 ANAHEIM, Ca. - A man was crushed to death by a vehicle while allegedly trying to steal its catalytic converter, Anaheim Police said Wednesday.

Around 6:30 a.m. Anaheim Police responded to the 1600 block of N. Placentia Avenue and found a man dead under the vehicle.

Police believe he was attempting to steal the vehicle's catalytic converter when the car jack apparently failed and he was crushed by the car.

The Orange County Coroner's Office responded and removed the body from the scene and will attempt to identify the man.

Catalytic converters, which are attached to the exhaust system of a vehicle, can cost thousands of dollars to replace. They contain precious metals and can be "scrapped" for a quick profit.