After using an Uber to get to the bank, a masked man, allegedly 41-year-old Jason Christmas, handed the teller a note – saying this is a robbery. He then casually got into the same Uber waiting patiently in the lot - to leave.

FOX 2 (WJBK) - A Southfield man has been arrested for the robbery of a Huntington Bank and police said he took an Uber to and from the bank and asked the driver to wait as he held up the place.

Jason Christmas, 42, was arrested by Southfield Police after the bank robbery on Wednesday.

According to police, they were dispatched to the Huntington Bank on Greenfield Road, just north of Nine Mile, just after 5 p.m. on Thursday on a report of a bank robbery. Police said Christmas took an Uber to the bank and asked the driver to wait as he went inside and robbed the bank. The driver was unaware of Christmas' plans, police say.

"This is a very unusual way to commit an armed robbery in our city," said Southfield Police Chief Elvin Barren.

The Uber driver took Christmas back to his apartment complex - the Heights of Southfield in Lahser - where police took him into custody just outside the apartment building.

In a bodycam video released by Southfield Police, Christmas is handcuffed and on the ground. Police asked him if he got shot because of "red stuff" that was all over him. The red stuff was from the dye packs that was put in with the money that the bank handed over to him.

The money, which police pulled from his pockets, was covered in red dye.

The Uber driver got pulled over nearby on I-696 after Southfield police found his plate on surveillance video from the bank, but he was innocent and unaware.

"Anytime you get a ride-share, your identity is shared with the driver who in turn, can share with law enforcement," Barren said.

That info led police right to Christmas – where he lived at the Heights of Southfield Apartments.

"Man, did you get shot or something, why do you have this red stuff all over you?" said a police officer during the arrest. 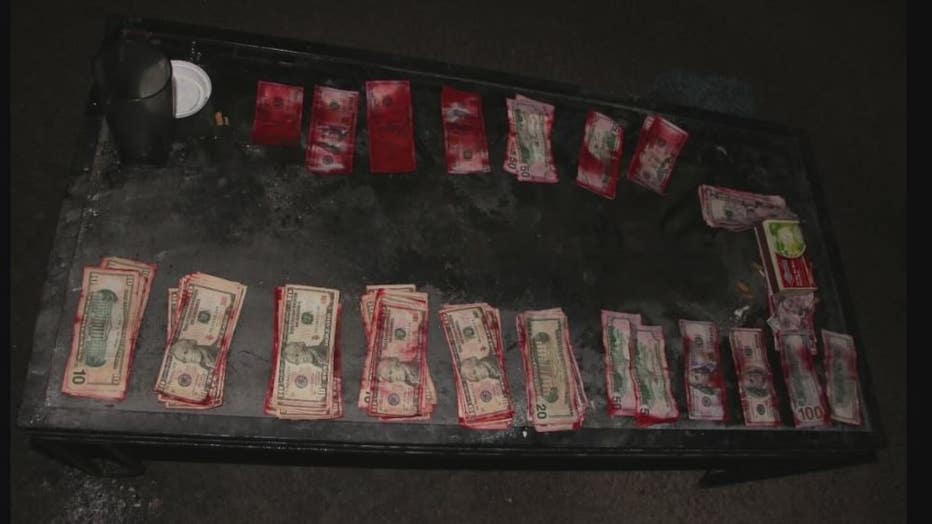 "He had the same clothes on as the robbery which was covered in red dye," Barren said.

Dye was on the money, and even on the Uber driver's backseat.

Barren says –they’re not sure why Christmas allegedly did it, but tis’ the season.

"There is a lot of anxiousness to buy gifts for your loved ones," Barren said. "This is that time of year when individuals try to take advantage of our community and commit these types of crimes."

Christmas was charged with bank robbery. The judge set a hefty bond of half a million cash, no 10 percent.

The irony here is the reason he used an Uber – his license was suspended and he was worried about driving without one -- to allegedly, commit a bank robbery. 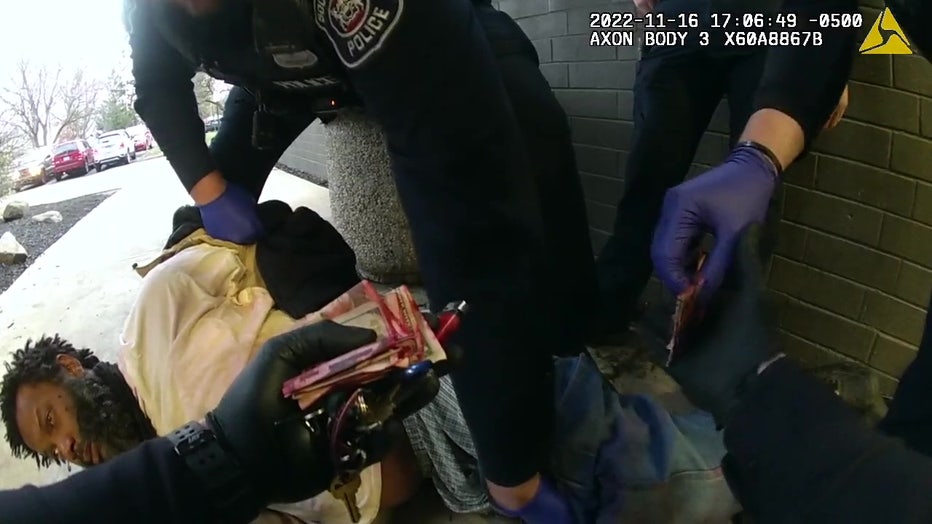