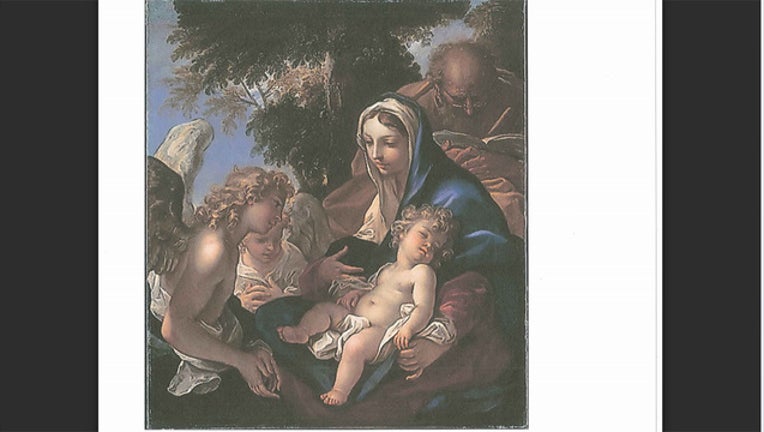 The lawsuit contains images of the paintings Justin Renel Joseph found to be racist.

NEW YORK (FOX5NY) - A Manhattan man is suing the Metropolitan Museum of Art and the city of New York for what he considers "anti-Semitic, racist and offensive artworks" on display at the museum.

Justin Renel Joseph, who lives in Midtown, filed the suit in a New York federal court on Nov. 30.

He claims several paintings, including "The Holy Family with Angels" by Sebastiano Ricci are racist because they "depict the historical and public figure of Hebrew decent, Jesus Christ, as a blonde haired, fair-skinned, Aryan adult male" despite the chances that someone born in the Middle East would not be genetically disposed to have those features.

In the suit, Joseph describes himself as a 33-year-old biracial male who is of Hebrew and African descent.  He claims he suffered emotional and psychological harm from exposure to the artwork.

His lawsuit is asking that the pieces of art be removed from public display at the museum.