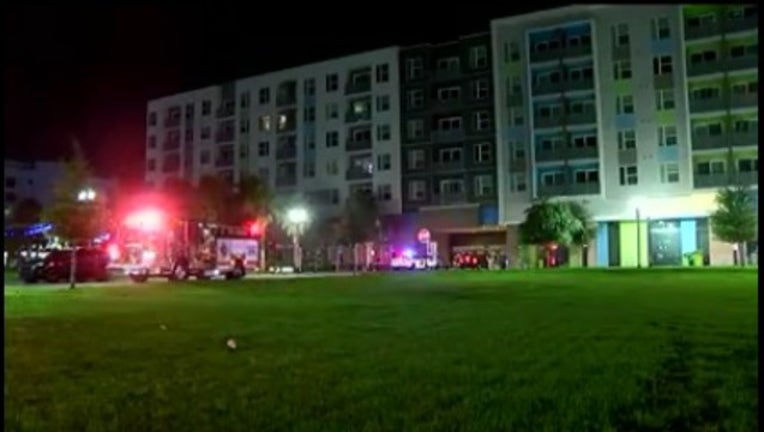 Police say they responded just before 2 a.m. Friday morning after they received a call of someone who had been shot on the third floor of the Crescent Central Station apartments in teh 400 block of N. Orange Avenue.

Officers arrived on scene and found the man suffering from an apparent gunshot wound.

Police say the victim was immediately taken to a local hospital, but he later died from his injuries.

Orlando Police say a possible suspect(s) along with several witnesses were identified and detained, but no arrest as of yet.

A crime scene was eventually discovered and secured.

Police continue to investigate, and no further information has been released at this point.