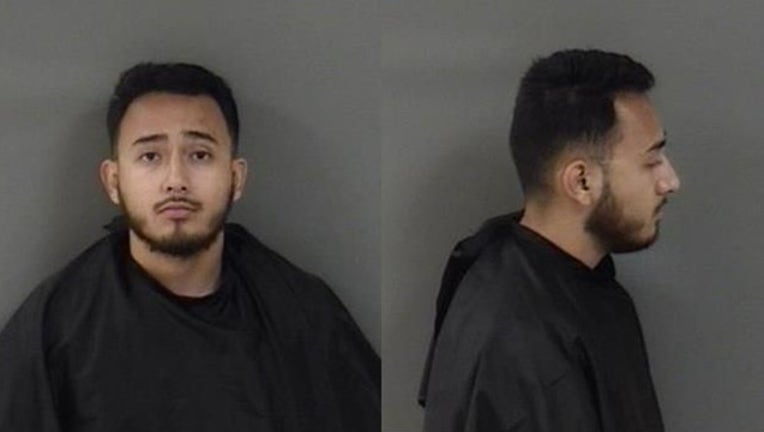 VERO BEACH, Fla. (FOX 35 ORLANDO) - A man who was arrested for DUI in Vero Beach said that he smoked THC to get himself ready for the return of Jesus.

An arrest affidavit from the Indian River County Sheriff's Office said that they responded to the outlet mall on 94th Drive on Saturday afternoon after receiving a complaint about a man who smelled like alcohol, was stumbling around, had slurred speech, and was driving around the parking lot.

Upon arrival, deputies said that the man, identified as Carlos Alexander Guillen, was parked with the vehicle still running. The smell of alcohol could be detected from the vehicle and a half-empty bottle of Hennessy was located in the passenger seat.

When asked for his driver's license, Guillen reportedly gave the responding deputy his vape. Guillen, with slurred speech, told the deputy that THC was inside of it. Guillen looked to be disorientated, drowsy, and alcohol could be smelled on his breath. He did admit to drinking some Hennessy. He also said that he had smoked 400 milligrams of liquid THC in his vape, which he understood was illegal.

Guillen went on to tell the deputy that he smoked the THC to "get himself ready because Jesus was returning," the arrest affidavit stated. He also said that he believed he was in Tampa, although he was actually in Vero Beach.

Guillen was placed under arrest and transported to the Indian River County Jail for booking, where he provided two breath samples of 0.211 and 0.219.