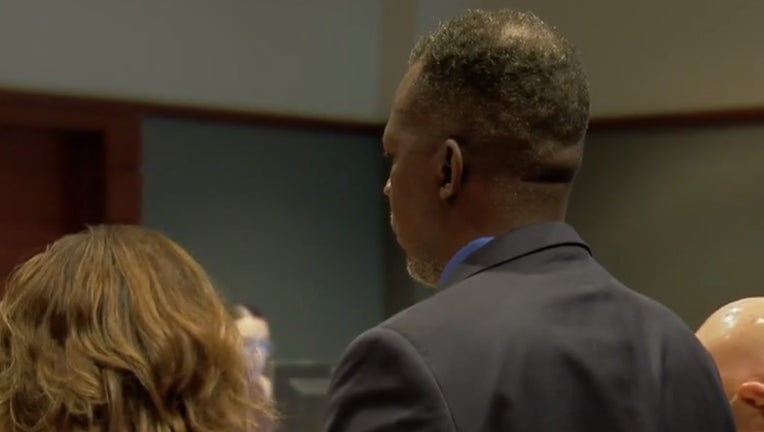 Miller started breaking down after his cousin, Davona Barnes, took the stand. Barnes testified about the day she was called to Kissimmee to come get Miller because he was running around in the streets in his underwear displaying erratic behavior.

She told the jury when she got Miller back to her house, he was closing the blinds, grabbing knives, ice picks and pitch forks afraid someone was after him.

She also testified that around the time Miller’s behavior changed, he started expressing remose for things he’d done while serving in the military.

A better part of the morning was taken up by testimony from Dr. Steven Gold. He’s a psychologist and traumatologist who told the jury that Miller suffers from PTSD.

He also told the jury that often times PTSD won’t come out until years after a person is done with their military service.

Check back for details as the case continues.