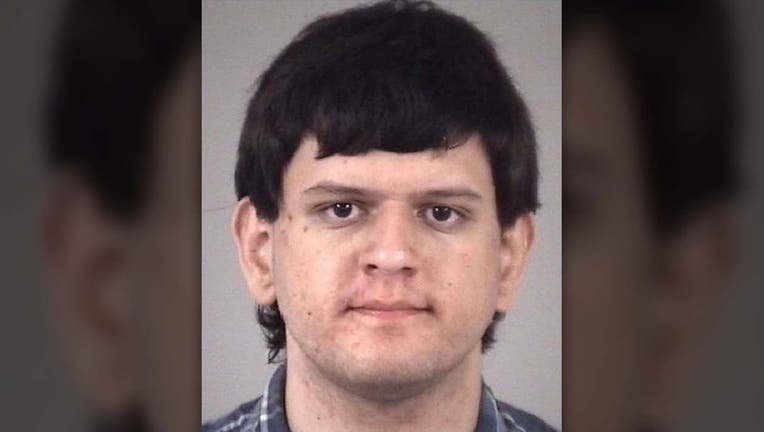 KANNAPOLIS, N.C. - A man allegedly plotting to assassinate Democratic presidential nominee Joe Biden was arrested in North Carolina and is being held in jail on child pornography charges.

Alexander Hillel Treisman, who goes by the alias Alexander S. Theiss, was arrested in late May after employees at a bank in Kannapolis, N.C., reported a suspicious white van abandoned in a parking lot, according to reports by WBTV.

“Through the windows, KPD officers observed an AR-15 style rifle, a box for a Taurus .380 handgun, a cannister of the explosive material Tannerite, and a box of 5.56 caliber ammunition,” a federal judge wrote in a court order last month, referencing testimony from an FBI agent who investigated the case as part of the Joint Terrorism Task Force.

The judge said Treisman's alleged plot against Biden is the reason for him to remain in jail awaiting trial on the child pornography charges.

RELATED: ‘We are the ones with those scary guns:’ Maryland man charged after threatening to execute Biden, Harris in letter

The order listed a lengthy array of alleged crimes to build a case against Treisman for his intent to carry out an act of terror.

Treisman, who is originally from Washington, allegedly posted an iFunny meme on social media on April 15 captioned: “should I kill joe biden?”

He also purchased an AR-15 in New Hampshire and traveled to a Wendy’s within 4 miles of Joe Biden’s home, according to the court order. Police also found a checklist note ending with the word “execute."

Police say they found “approximately $509,000 of U.S. currency (believed to be Defendant’s inheritance), books (about survival, bomb-making, improved weapons and Islam), drawing of swastikas and planes crashing into buildings,” and five more guns in the van outside the bank when he was arrested.

Treisman also had several driver licenses from three states and he had purchased a cache of weapons in states throughout the country including Washington, Kansas, New Hampshire and West Virginia, police said.

Officers said they found child pornography on eight electronic devices, along with pictures and posts related to his violent plans.

The court order also stated that Treisman had researched a number of mass shootings, including the deadly incident in March at a New Zealand mosque, and had an electronic document entitled “A Guide to Mass Shooting” on one of his hard drives.

A video on Treisman's phone dated April 20 shows a drive-by of the Mandalay Bay Casino in Las Vegas with audio of a male voice saying: “There it is. That’s it. That’s the one, that’s where they did it. Allah Akbar! Ah hah, nice," playing in the background.

Another video created three days later with the same cell phone was taken at O’Hare International Airport with audio of a male voice suggesting that it would be “awesome” to hijack a plane and fly it into a building.